Colonial Pipeline Expected To Be Working By Friday 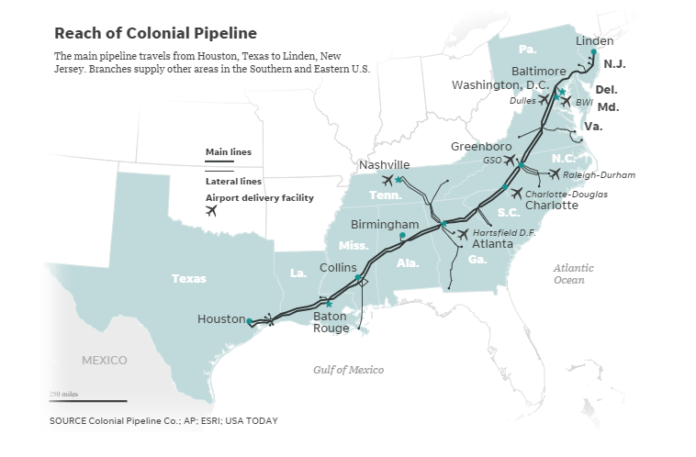 Colonial Pipeline told Reuters it expected to “substantially” resume operations by the end of the week.

If it stays closed, that could limit fuel availability and cause gasoline and jet fuel prices to rise as the economy recovers from the shock of the coronavirus pandemic.

The Colonial Pipeline Co. said Monday afternoon it is using a “phased approach” to bring its capacity back online. The system delivers about 45% of the fuel for the East Coast.

The group itself said its goal was to make money, not cause chaos, Reuters reported.

Georgia-based Colonial Pipeline has not released details but said the attack affected some of its information technology systems, according to The Associated Press. Those systems were under repair Sunday and Monday. The amount of money sought in the ransomware attack was not disclosed.

The hackers took more than 100 gigabytes of data from a cloud computing system, Reuters reported.

SOME OPERATIONS ALREADY BACK ONLINE

Colonial said some of its lateral, or smaller pipelines between terminals and delivery stations, were put back into operation on Sunday.

WHAT THIS MEANS FOR HORRY COUNTY

Local leaders are asking both tourists and area residents to avoid panic buying.

Other area stations should be re-supplied soon if all works as planned. Gas dealers state there could be a delay between when the pipeline is fully back online and when the deliveries reach the station.