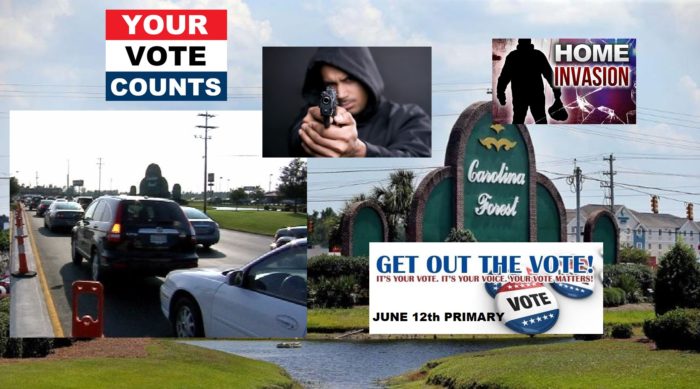 Last night, the two candidates for Horry County Council Chairman spoke directly with Carolina Forest voters at the Carolina Forest Recreation Center.  Current Chairman Mark Lazarus is running for re-election.  His opponent is Johnny Gardner.  The primary for the election is June 12th.

The problem with those online arguments is that Carolina Forest has a dismal record of turning out to vote.  Looking at the last “off year” election, only 9% of the 40,000 residents in Carolina Forest actually voted. 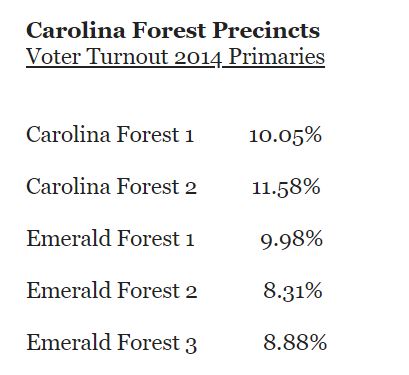 LAZARUS SAYS THE COUNTY HAS A GREAT INFRASTRUCTURE PLAN

Current Council Chairman Lazarus just received the endorsement from Myrtle Beach Mayor Brenda Bethune. He can count on her to get 30% of the vote out in the Dunes Club and Golden Mile. 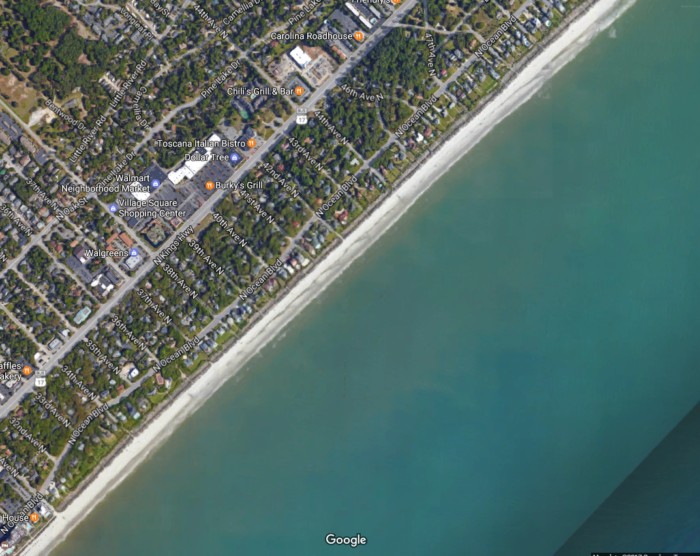 Golden Mile Voters Will Turn Out In Great Numbers For Lazarus

The City of Conway will also turn out a larger voter base and likely vote for Johnny Gardner.

Johnny Gardner is the Principal and Senior Attorney of the Johnny Gardner Law Group. He began his legal career in 1992 as an Assistant Solicitor for the Fifteenth Judicial Circuit in Horry County. Three years later, he entered private practice and founded his own law firm. Johnny diligently represents clients in the areas of criminal defense, DUI defense, family law,personal injury, worker’s compensation and business law.

Johnny is a member of the South Carolina Association of Criminal Defense Lawyers, the National College of DUI Defense, and is certified in DUI Detection and Standardized Field Sobriety Testing. Over his career he has continued to study the law and trial techniques and he continues to attend training courses in the areas of criminal defense, domestic law, and personal injury. He has tried cases large and small in virtually every criminal and civil court in the Grand Strand area. He was a United States Army captain in the 82nd Airborne before attending law school at the University of South Carolina School of Law. He is a Horry County native who knows the local courts, prosecutors and attorneys.

Crony Links Continue To Surface at the Beach