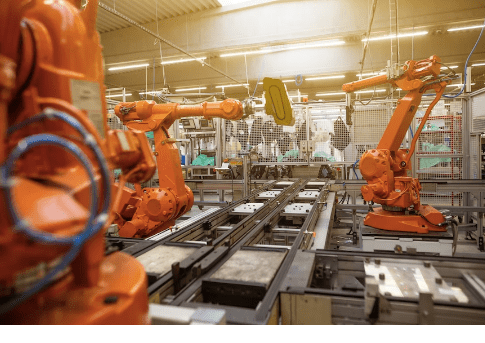 Bringing manufacturing back to U.S. soil has been prevalent ever since the Covid-19 pandemic hit and countries started locking down. The general consensus was that that would only be a temporary measure.

But over two years on since the start of the pandemic, not only is the trend of reshoring U.S. manufacturing still alive and well. It also appears to be quickly accelerating.

The Changing Face of Global Manufacturing

One reason why the reshoring of manufacturing is on the rise has to do with the fact that, while many countries around the world are no longer in lockdown, strict lockdowns have continued in China, which was always the central hub for manufacturing for multinational companies.

With utter uncertainty about how things will play out in the manufacturing industry of China, and other key countries that international companies rely on for their manufacturing needs, more and more CEOs are highlighting plans to relocate production.

In fact, according to a review conducted by Bloomberg, reshoring, onshoring, and nearshoring options are becoming more prevalent than they were during the first six months of the pandemic back in 2020.

So, China used to be the go-to place when companies wanted to set up new facilities. Now, companies are looking at other options.

Do not underestimate the magnitude of the change. According to a UBS survey, over 90% of the C-suite executives surveyed said they were either moving production out of China or were planning to do so, with around 80% saying they were considering reshoring to the U.S.

Russia’s invasion of Ukraine has also made companies in the U.S. and around the world change their production methods.

Most western companies no longer operate in Russia and CEOs fear that, as tensions rise between China and Taiwan, supply chains are going to become even more affected if they stick with Chinese manufacturers.

With Covid lockdowns in China also being a worrying concern, it is no wonder that western companies are looking for more stable countries to produce their products.

Manufacturing in the U.S. Soil Is on the Rise

According to Dodge Construction Network, in just the last year, the creation of new manufacturing facilities in the U.S. has risen to 116%.

Notable factories that are emerging include large chip factories in Phoenix and aluminum and steel factories across the south, including Alabama, Arkansas, and Kentucky.

While it is mostly large companies that are investing in reshoring manufacturing to U.S. locations, dozens of smaller companies are also making similar moves. Though, not all large and small companies are reshoring. Some are expanding their production capacity.

But one thing is sure: businesses throughout the U.S. are reassessing their supply chains in the wake of bottlenecks happening at ports, parts being unavailable for lengthy times, and the costs for shipping skyrocketing.

More Small Businesses Are Turning to Manufacturing Items Themselves

Thankfully, manufacturing equipment like roll bending machines, CNC mills, and laser cutters are available to purchase second-hand, and they function just as well as brand-new machinery.

So, many smaller companies are finding manufacturing items themselves is more affordable than they first thought.

We are living in mightily interesting times. Covid-19 was just the beginning of the changing face of global manufacturing.

With prices skyrocketing and potential war on the horizon in some countries, U.S. businesses are having to reevaluate their manufacturing locations, and many are turning to reshoring in the United States.

However, as the demand for industrial space heats up on home territory, we could see fierce competition between U.S. businesses in the very near future.