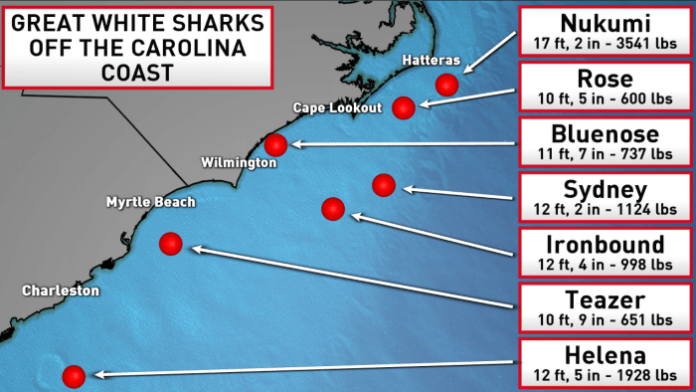 Great white sharks hug the coast of the Carolinas and Georgia this time of year, enjoying cooler water pushed against the southeastern seaboard, researchers say.

Many white sharks migrate in the winter from the North Atlantic to the waters off North Carolina and South Carolina, according to the trackers at Ocearch.

Ocearch, an organization that tags big sharks and tracks them with GPS, said on Twitter, “Most of the white sharks pinging on the Tracker now are utilizing the cooler water trapped between the coast and Gulf Stream.”

WHAT DO GREAT WHITE’S EAT? ANYTHING THEY WANT!