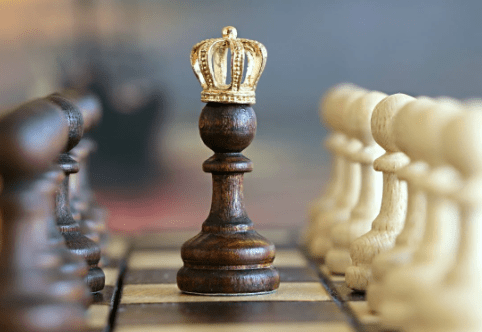 Often known as a game for the intellectually gifted, chess is the best sport for exercising the most important organ in our body: the brain. While chess grandmaster Bobby Fischer popularized it in the 1950s and 1960s, chess is still played around the world today among participants of all ages, from young to the elderly.

Playing chess may not help you build your biceps or tone your abdominal muscles, but your lifelong mental health can benefit from it. A healthy and beautiful mind is one of the best tools you can have!

In this article, we will tell you about all the influences chess has on the brain and how it improves your brain functions.

Why Is Chess So Praised and What Does It Teach?

The main advantage of chess is the harmonious development of both hemispheres of the brain. Regular classes perfectly develop a person’s thinking, memory, and imagination. It has been experimentally confirmed that children who play chess have better results in school. Chess material is useful in the study of both the exact sciences and the natural and human sciences.

The qualities of character acquired by this wise game are hard to count. “Chess is enriching. It teaches you to live, it teaches you to be responsible, it just makes you a more serious person,” says the 14th world chess champion, Vladimir Kramnik.

Regularly confronted with critical situations on the chessboard, a person gets used to making thoughtful decisions and taking full responsibility for them. It is certain that if a child learns to play chess in childhood, in the future he or she will be able to cope with all the tasks of life.

Chess teaches you to be more thoughtful, self-critical, collected, and careful. To solve a chess problem or win a game against a strong opponent, you need to learn how to inventively find the best moves and predict future events. Defeats, inevitable for every player and even for a world champion, teach you to suffer failures and learn from them.

Of course, success in chess does not come spontaneously: it takes more than a year of regular and hard training to reach the top. Therefore, understanding the secrets of chess art perfectly cultivates the power of will.

Position analysis is an important aspect of chess. Based on his knowledge, the player conducts a more or less in-depth analysis, and based on that, he makes a game plan. Everyone can analyze, but thanks to chess, it develops much faster and more efficiently. Since playing chess requires strategic and critical thinking, it is a great way to test your tactical skills and improve them. It helps develop the prefrontal cortex and helps teens make better decisions in all areas of life and may prevent them from making irresponsible and risky decisions.

Chess is a logic game. All moves are interconnected, subject to a common plan, and arise from the current situation. The ability to think logically develops from game to game, lesson to lesson. This process takes place on its own, without much effort. The game itself teaches your mental apparatus the ability to build logical structures.

The game of chess is impossible without sobriety and attention. But if you don’t have them, don’t worry. Regular participation in chess tournaments will reveal and strengthen these qualities in you. In order not to lose the threads of the game, you need to concentrate completely on the game. Of course, all this does not come at once, but with each game of the necessary quality, it will progress. In time, you will feel how easy it is for you to focus, and it will apply not only to chess.

Chess is great training for the memory. Calculating many options and keeping them in mind while remembering typical positions makes our brain work with maximum load. Complete memory is in function-both remote and close. True, there is a so-called chess memory. The player remembers everything: dozens of starting schemes, hundreds of endgame positions, and thousands of games played, both his own and others. But such a specific memory is more characteristic of people with extraordinary abilities in this game. An ordinary chess lover manages with standard memory knowledge, which is well developed with the help of chess.

There is no doubt that chess has a positive effect on the development of mental abilities. The benefits in the development of children and adults have been proven many times in many studies and experiments. The influence of chess on intelligence has been studied in theory and confirmed in practice.

The Ultimate Dos and Don’ts for Your First LAN Party