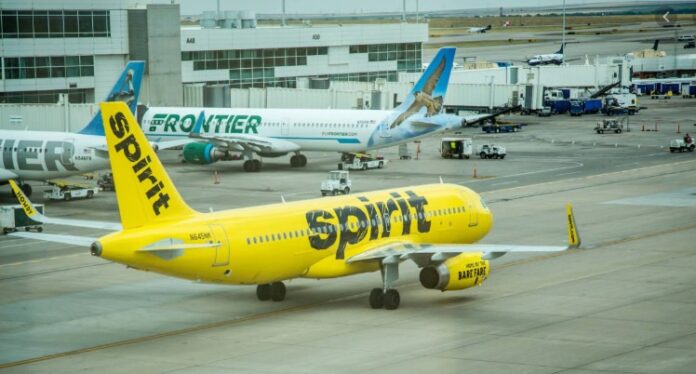 A message from Ted Christie, C.E.O. of Spirit Airlines was sent to MyrtleBeachSC News today.

Says Christie, The combination of JetBlue and Spirit will create the fifth largest domestic airline, serving more than 77 million Guests annually on more than 1,700+ daily flights to over 125 destinations in 30 countries. Bringing together our airlines will be a game changer, enhancing our ability to grow and compete with the dominant U.S. carriers while also delivering low fares and outstanding service. The transaction is expected to:

Today’s announcement is just the first step in a process that will take time. Until the transaction closes, it’s business as usual for Spirit. We expect to conclude the regulatory process and close the transaction no later than the first half of 2024. There will be no immediate impact to ticketing or flight schedules, and you can continue to book and fly with Spirit as you always have.

JetBlue Airways on Thursday announced it would purchase Spirit Airlines, a combination that would create America’s fifth-largest airline.

The announcement comes a day after Spirit pulled the plug on a deal to merge with Frontier.

JetBlue had been pursuing a hostile bid for Spirit even while Spirit sought shareholder approval for a lower-priced deal with Frontier. Spirit had continually expressed concern whether regulators would approve a deal with JetBlue. But shareholders had balked at accepting Frontier’s less-valuable cash-and-stock offer when they had JetBlue’s all-cash offer on the table.

JetBlue CEO Robin Hayes said the deal will be fruitful for investors and passengers.

Spirit is the lead carrier arriving into and departing from Myrtle Beach International Airport (MYR).