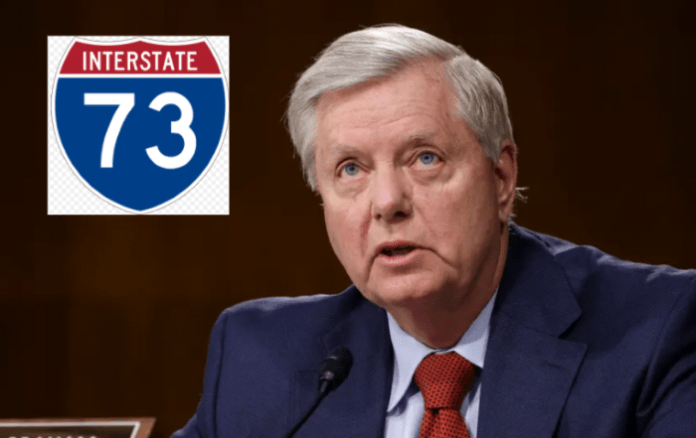 Projections now have that section of Interstate totaling around $3.6 Billion.

As S.C. Representative William Bailey works with area council of governments in four laning Highway 9 from Charlotte to North Myrtle Beach, Sen. Lindsey Graham is pushing for federal funding to help construct a new interstate in South Carolina, connecting I-95 to Myrtle Beach. He told The Associated Press he’s formally requesting $12 million to revive a project that has been delayed for decades.

“I believe it is a critical infrastructure project for the Grand Strand and the state of South Carolina as a whole,” Graham said in a statement provided to AP, describing a beach resort area at the heart of the state’s multi billion-dollar tourism industry.

“The Grand Strand is a cash cow for the state, and I am determined to help provide a better means of transportation for those traveling to and from this tourist destination,” he added.

Graham’s earmark would fund right-of-way acquisition for the project, which was on a list of requests submitted to the Republican this month by the Horry County Council. Congress first required a study for Interstate 73 four decades ago, but the project has been mired in disputes over who would foot the bill.

Costs for the right-of-way acquisition have been estimated at $15 million, requiring a 20% non-federal match, so local and state officials will be responsible for the remaining $3 million, Graham said.

The member-directed spending request, which Graham is making to the Senate Appropriations Committee, is possible for the first time in more than a decade after the revival of earmarking. Often called “pork barrel” spending, because lawmakers would divert funds to pet projects in their states, the practice was banished from the House and Senate a decade ago, when it was linked to corruption.

The $12 million request is a drop in the bucket, however, of what will be needed to complete the project.

It is unclear as to where the remaining $3.4 billion will come from. The State of S.C. has yet to commit one dime towards the project through its state infrastructure bank.

The road improvement gas tax the state passed on July 1, 2017 adds two additional cents per year to the price of fuel until the tax maxes out at 12 cents per gallon total.

The S.C. General Assembly promised those funds would only be used to pave existing farm to market roads.

Should the state break its promise and use this funding, residents across the state will rightfully be up in arms.

I-73 is a “hoped for” road that continues to seek funding.