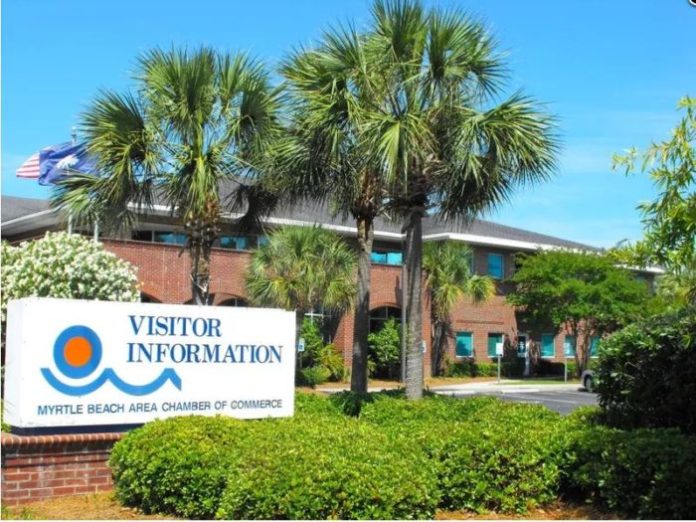 The complaint singles out over $60 million paid to Bill Rosenthal, a former Myrtle Beach Area Chamber of Commerce employee, who opened a business called Visibility and Conversions after the TDF was initially passed in 2009.  Pictures taken by the group show that Rosenthal’s long standing office has been located in a storage building rented near Tanger Outlets. 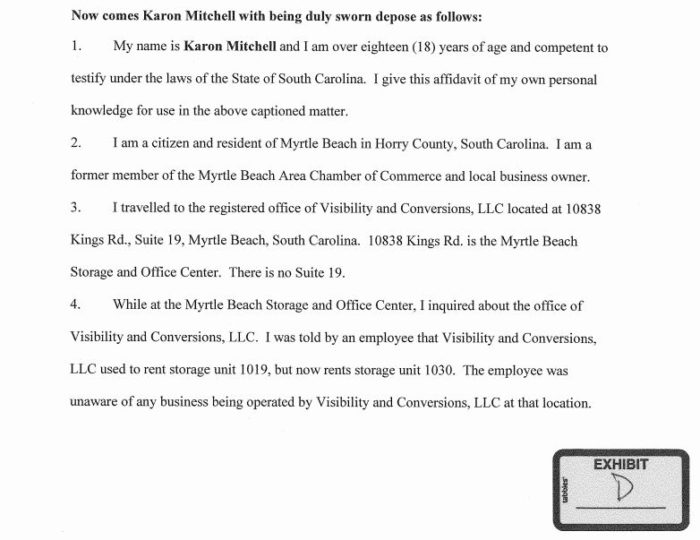 Other businesses singled out by the city resident complaint include Myrtle Beach Chamber of Commerce employee Ms. Nevely Graham.  According to the complaint, Ms. Graham is listed by the Myrtle Beach Area Chamber as the “Visitors’ Service Manager” for MBACC.  Ms. Graham is also listed with the State of S.C. as the owner of Com-Connect, LLC, with a business office located at 1256 Dog Bluff Road.  The legal complaint reads as below: 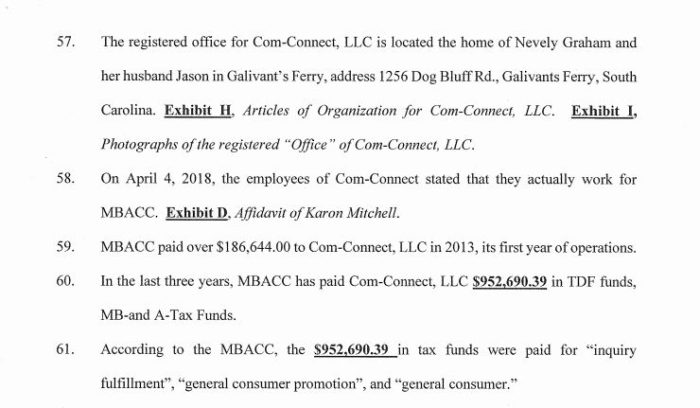 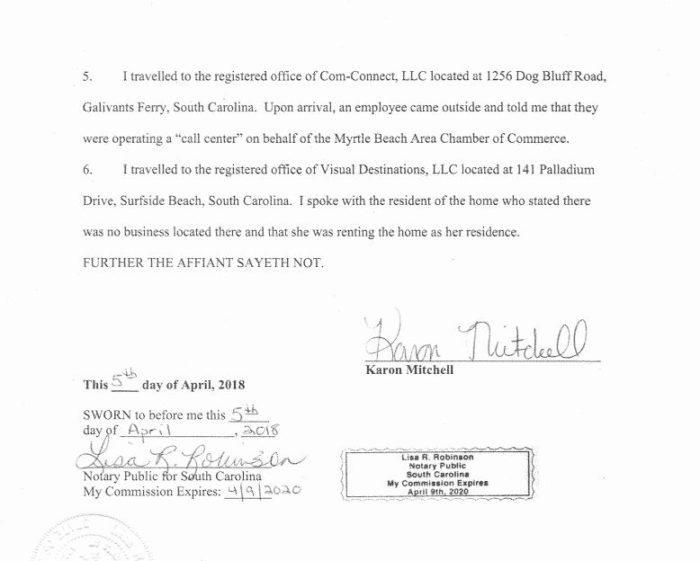 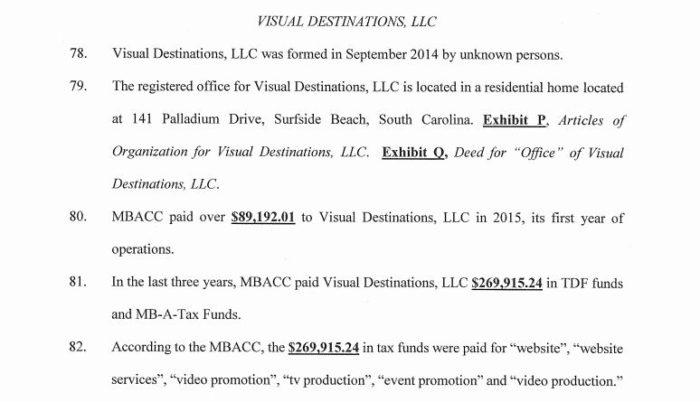 The home at 141 Palladium Drive was formerly owned by this man’s father.

Nora Hembree Battle is also an employee and agent of MBACC.  Her father, Senator Greg Hembree, is a well known local attorney and the District 28 Senator for S.C.  According to the complaint, her business listed address is also a home located in Conway, S.C. 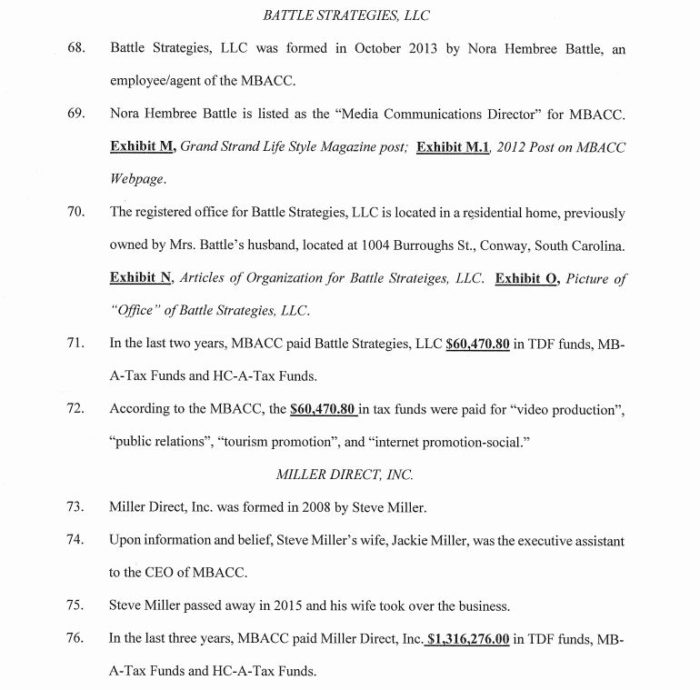