Several bright and emotionally healthy political challengers have stepped forward for the offices of Myrtle Beach City Council and Mayor of Myrtle Beach.

MyrtleBeachSC.com believes many of these candidates have the talent to help move the city into greater health.

Key business owners along ocean boulevard believe Myrtle Beach’s stronghold issue (keeping the city stuck) happens to be the one of denial.

In a phone interview with WPDE T.V. 15 after a downtown shootout last June 18th,  Mayor John Rhodes said, “Myrtle Beach is not a city of crime. You always worry about bad press. we have to try everything we can to prevent this crime,” the mayor said.  The mayor made these statements just after 5 shootings in 5 days downtown.

After WPDE TV News ran this news item “Environmental group ranks Horry County beach water among worst in country“ in August 2015, Myrtle Beach Area Chamber C.E.O. Brad Dean said, “We know our beaches are healthy and suitable for all visitors to the Myrtle Beach area. The testing of our ocean water by the South Carolina Department of Health and Environmental Control is very important and helpful in ensuring the cleanliness of our beaches,” Dean said. “On the other hand, the NRDC’s alarmist approach exhibits inconsistent and unreliable tendencies, which leads to sensationalized findings. It is true that storm water runoff can occasionally boost test levels higher than normal, but it is for limited sites for a limited amount of time. The Grand Strand’s beaches are clean, safe and here for the enjoyment of both our visitors and our residents.”

After a young woman put up a prayer request this Summer for her mother who she believed was infected from high bacteria spikes on those same beaches at a documented Department of Health And Environmental Control (DHEC) infected swash at 24th Avenue North in Myrtle Beach, Myrtle Beach Area Chamber C.E.O. Brad Dean said, “We’re very confident our water is fine, if only because it’s tested frequently, regularly, throughout the swimming season and we know the recent tests provided did indicate that our water quality along the oceanfront is just fine.”  Meanwhile, DHEC asks that no one swim within 200 feet of either side of that swash ever. 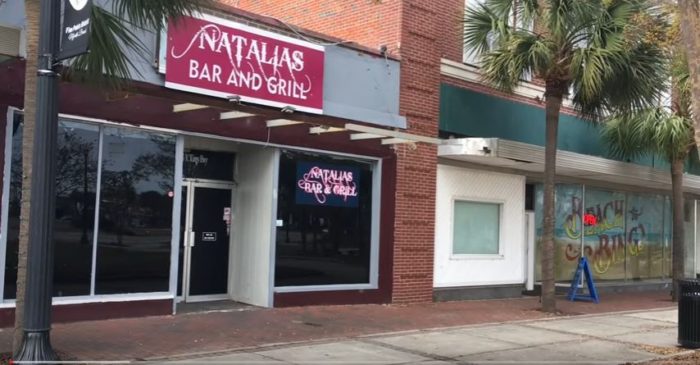 After a controversial move by the City Manager of Myrtle Beach was enacted to take downtown properties from private owners through eminent domain, Chuck Martino who heads the board of the Downtown Redevelopment Corporation  (DRC), told WBTW T.V. 13, “The DRC has nothing to do with eminent domain.”  City Manager Pedersen is also the treasurer of the DRC.

After the 2017, City of Myrtle Beach Budget retreat,  where Councilman Wayne Gray revealed the city was $220 million in debt as opposed to the $15 million in debt the City of North Myrtle Beach carries,  Councilman Randal Wallace stood before a group of residents at Flapjacks Pancake House in Myrtle Beach stating the city did not have a debt problem. The current debt level stands at $8,000.00 each for every woman, man, and child who lives inside the city limits.

MOVING MYRTLE BEACH OUT OF DENIAL

As anyone married to an addict will admit, the addict is a master at using denial to protect their actions. They will be able to supply plenty of other justifications for why their life is a mess such as: * The real problem is other people judging them. * Their family stresses them.

Simply changing the words “they” for the words “Myrtle Beach leaders” we would get the following:

The City of Myrtle Beach is a master at using denial to protect their actions. The City of Myrtle Beach can supply plenty of other justifications for why these issues exist: * The real problem is tourists, downtown business owners, local media groups, like MyrtleBeachSC.com and the Sun News judging them. * These complainers stress them out.

To move the city from Protest To Transformation,  we have to help those unhealthy leaders move out of denial or move out of office.

At this point,  News groups, tourists and merchants have to take any criticism they personally provide with a grain of salt.