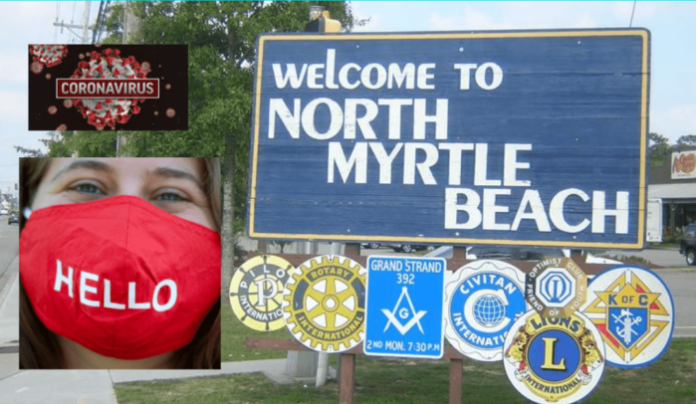 Monday night at 7 p.m. is sure to be a barn burner. North Myrtle Beach City Council will hold its second reading of a Facemask Ordinance that appears to have divided the closely knit town.

A beloved North Myrtle Beach Mayor, and her council, are working to approve a new mask ordinance. The current ordinance is set to expire. The new ordinance has language that states it only sunsets when a vaccine for Coronavirus exists or the emergency health issue ends.

This “sunset” language has upset many longstanding residents who happen to be life-long allies of the Mayor.

North Myrtle Beach is certainly a closely knit community. We often highlight it as the best run city in the county, and among the best in the country. It is.

However, this one issue appears to be dividing the town in half.

Key questions about the ordinance:

Recommendations from the Municipal Association of Cities states that the broader the scope of the face covering requirement, the more likely the ordinance is to be challenged and/or difficult to enforce.

Texts sent to our news group show just how hard the ordinance will be to enforce.

IS THIS ABOUT HEALTH? OR FEDERAL FUNDING?

Other residents reached out to us questioning whether this was about public health or Federal Funding.

This text message below from NMB City Councilwoman Nikki Fontana does open a door for those questions. Fontanna also states, however, that City Officials are trying to keep the city and the community as safe as possible.

NOT JUST A LOCAL ISSUE

America is currently having a national debate on this issue.

At the center of this controversy stands South Dakota Gov. Kristi Noem. The very liberal New York Times reported Wednesday that North Dakota and South Dakota have the most massive outbreaks per capita in the country. Noem is a strong supporter of individual rights and overall liberty.

In the midst of the controversies stirred by both the media and the left, Noem responds, “I think they [the media] are doing a great disservice to the public by doing that, by instilling this fear. I’ve been shocked to watch how fear motivates people, how it moves people throughout this pandemic. We never make good decisions when we’re making emotional decisions.”

We did reach out to Mayor Hatley before we published this article. She was unable to respond in time for our publish deadline. We hope this outstanding coastal town will come together on this issue.

If you live in North Myrtle Beach, make sure to attend Monday Night, October 19th.