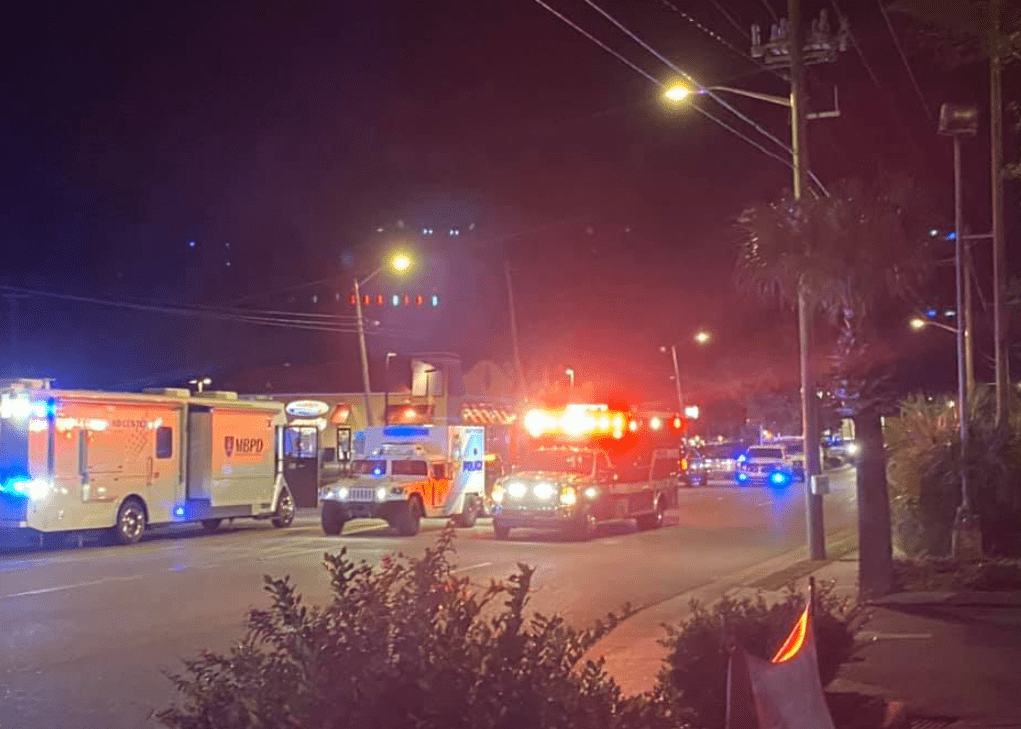 Officers are on scene in response to an officer involved shooting that occurred around 10 p.m. Saturday, October 3 in the 400 block of 14th Ave South in Myrtle Beach. Officers are on scene and investigating at this time. There is a large law enforcement presence in the area and all southbound lanes will be closed.

Sources have stated that one officer was taken to Grands Strand Hospital.

As can be seen above, “Officer Down. Multiple units responding. Suspect possibly barricaded.”

“MBPD from what I hear sounds like they have a house or building surrounded on Yaupon [Avenue]. Someone shooting out window. Possibly 2 victims. SWAT on scene.“

Mayor Bethune Posted the below around 12:30 p.m. Saturday

As we reported Saturday, the record number of Harley Motorcycle enthusiasts in town, largely avoided the City of Myrtle Beach for just this reason.