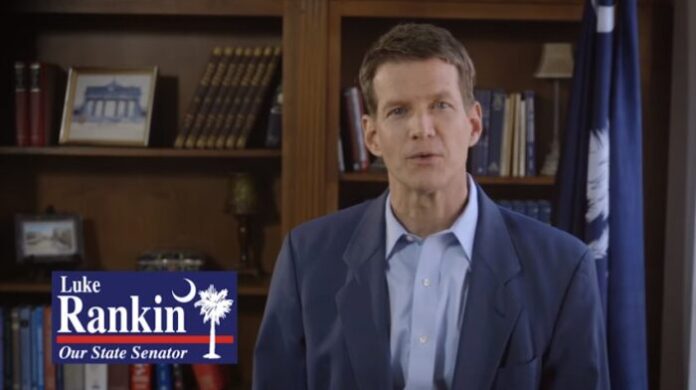 However, an article published by TheNerve.org shows that the number of SCDOT employees making at least $100,000 has doubled since Christy Hall became the agency head. Hall, herself, just received a 31% pay raise. She now makes $251,232.00 annually plus perks.

The Nerve’s article can be seen in full here.

The number of S.C. Department of Transportation employees making at least $100,000 has almost doubled since Christy Hall became the agency head, though the department’s total workforce size has changed little over the period, a review by The Nerve found.

The state per-capita income was $42,736 as of last April 3, according to the S.C. Department of Revenue.

As a comparison, North Carolina’s DOT director James Trogdon, who is retiring at the end of this month, makes $227,899 annually, according to department spokesman Steve Abbott – $23,333 less than Hall’s new salary. But the N.C. agency has about 10,100 full-time employees, Abbott said, which is more than double the size of the S.C. DOT workforce.

In defending Hall’s nearly 32% pay raise, S.C. Sen. Hugh Leatherman, R-Florence, who is the Agency Head Salary Commission chairman, credited her leadership of the agency with helping to convince lawmakers to pass the gas-tax-hike law in 2017, according to a story last week in The State newspaper. The controversial law increased the state gas tax 12 cents per gallon over six years and raised other vehicle taxes and fees.

The Nerve has repeatedly pointed out that since the law took effect July 1, 2017, DOT has completed relatively few major repaving or road reconstruction projects statewide with those revenues, while a special state fund created with the law has accumulated hundreds of millions in reserves.

Under state law, Leatherman, as the Senate Finance Committee chairman, and Rep. Murrell Smith, R-Sumter, chairman of the House Ways and Means Committee, each appoints four members to the 11-member salary commission, with the governor making three appointments. The State Fiscal Accountability Authority (SFAA), whose five-member governing board includes Leatherman and Smith, provides administrative support to the commission, created by lawmakers in 1984.

“One of the primary reasons for creating the Commission was for the purpose of recommending agency head pay based on performance,” the SFAA’s website says, noting the commission “established and maintains salary ranges for each agency head position” covered by the panel.

Besides the DOT’s director salary, the commission sets the salaries for the heads of 85 other state agencies or divisions, ranging in size from the three-worker Conservation Bank to the 4,649-employee Department of Corrections, according to state records.

Lawmakers exert considerable control over DOT, as The Nerve has previously reported. Under the gas-tax-hike law, the governor appoints a DOT Commission candidate in each of the state’s seven congressional districts, though the respective legislative delegations can reject the nominees or force new appointments if they don’t act on the initial ones within 45 days of the referrals.

The governor also appoints two other at-large commissioners – with confirmation by the Legislature as a whole.

The DOT secretary, the chief administrative officer of the agency, is appointed by the commission – with “advice and consent of the Senate,” and “shall serve at the pleasure of the commission,” according to the law.

In the end, although DOT is considered part of the executive branch, the Legislature holds the real power over it.

The 7 Best Things to Do in South Carolina