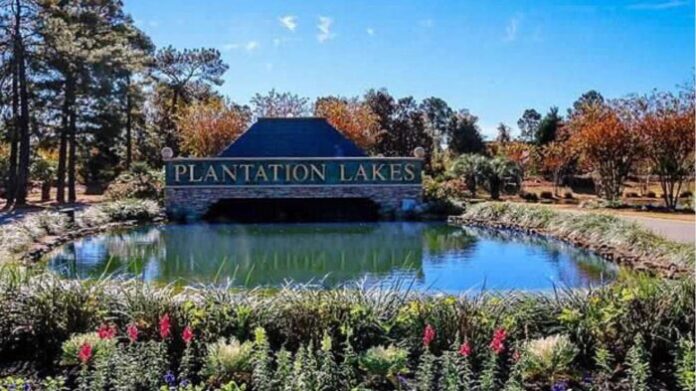 Homeowners at Plantation Lakes in Carolina Forest want to do away with the hidden utility fees they pay Santee Cooper monthly.

Says Sweet, “Santee Cooper has been successful at keeping this below the radar. When a community is first being developed by a developer, Santee Cooper approaches that developer and says “have we got a deal for you!” You don’t have to finance hundreds of thousands of dollars to put in your outdoor lighting system. We’ll pay for that. And then when you do that, we’ll just lease them back to you.”

Sweet adds, “Then in a year of two, we will turn this over to a duly elected H.O.A., then they will assume this contract for you.” The contract goes forward into perpetuity.

The high priced lease with Santee Cooper, however, is for eternity. The homeowners of Plantation Lakes have been paying the monthly lease of $7,700 for 15 years. They have paid $1.4 million in total so far. This is more than 2 times the cost of the poles with installation. The lease continues forever with no inexpensive way out per S.C. legislation.

Mr. Sweet is asking for a legislator to sponsor a bill allowing H.O.A.s to assume ownership of the poles once 1.4 times the cost of poles and installation are covered.

Candidate John Gallman, who is running for S.C. District 33, stated he would sponsor the bill once elected. Gallman faces incumbent Senator Luke Rankin in a June 9th primary.

Santee Cooper lost over $7 billion under the watch of Senator Rankin as oversight chairman. This loss will cost Santee Cooper rate payers an additional $6,200 per household. Horry Electric households will pay $4,200 each.

Victims’ Compensation: How Does The Process Work?