Seven Charleston Restaurants Featured on TV You Have to Try 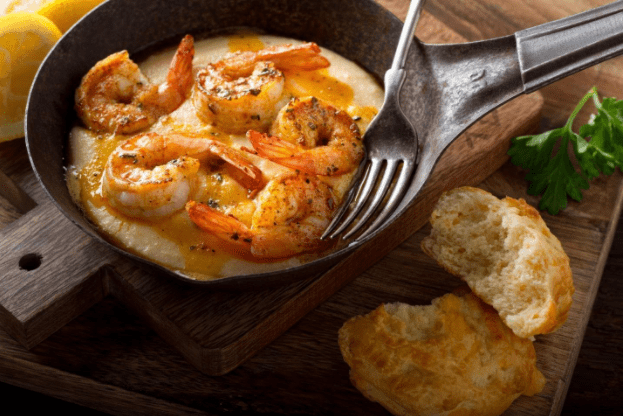 Seven Charleston Restaurants Featured on TV You Have to Try

As one of America’s hottest dining destinations, Charleston is home to restaurants that are frequently featured on cooking shows such as “Top Chef” and “The Best Thing I Ever Ate.” Locals are no longer surprised when television crews make their way to the Holy City — it’s to be expected when the food is this good!

What’s all the fuss about? Find out for yourself by putting these Charleston eateries on your list of restaurants to try:

Any discussion on the topic of Charleston’s best restaurants will always include Husk, along with famed Southern chef Sean Brock. The James Beard Award-winning chef has a handful of other restaurants in Charleston, but Husk has become the epitome of refined Southern dining.

Husk has garnered widespread publicity and has been featured in countless food television programs, including “The Best Thing I Ever Ate,” “Anthony Bourdain: No Reservations,” “Hook, Line & Dinner,” “Unique Sweets” and many more. Sean Brock himself is also no stranger to television appearances, with spots on “Iron Chef America” and “Top Chef.”

If you want to savor Brock’s distinct culinary personality, be sure to make a reservation in advance.

A once-hidden gem in Charleston, this stylish, Caribbean-style cantina is now a hotspot for anyone craving some mouthwatering tacos. FUEL Charleston was featured on Guy Fieri’s “Diners, Drive Ins and Dives,” and since then has experienced enormous popularity.

Housed in a former gas station in the Cannonborough-Elliotborough neighborhood, the small space dishes up refined pub-style eats with a Caribbean twist. From the jerk chicken salad to the flavorful braised pork tacos, this eatery is the ideal lunch spot in Charleston.

Located on East Bay Street in the French Quarter district, Magnolia’s serves quintessential Southern comfort food in an upscale setting. Their award-winning cuisine has received national acclaim and earned a silver medal on an episode of “Best Thing I Ever Ate” for their pimento cheese flatbread.

With its refined Southern food, extensive wine list and elegant rooms, Magnolia’s is perfect for a celebratory occasion or fancy night out. If you don’t get a chance to eat at the restaurant, you can always order their new cookbook, “Uptown Down South Cuisine,” by chef Don Drake.

This family-friendly barbecue joint in West Ashley has become so popular that it now has two additional locations in Charleston: one in historic downtown Charleston and the other on Sullivan’s Island.

With tender meats, savory sides and a friendly atmosphere, Home Team BBQ has been a local favorite for years. Naturally, it wasn’t long before television crews took notice.

The barbecue joint was first featured on “Heat Seakers” in 2015.  Recently, the Food Network stopped by Home Team BBQ to visit with pit master Aaron Siegel.

Established in 2003, FIG — Food Is Good — was established long before chefs started flocking to the Holy City. Helmed by Mike Lata, who also owns The Ordinary, this neighborhood restaurant is a local favorite and never disappoints with its fresh flavor and regional menu.

Featured on shows such as “Best Thing I Ever Ate” and “Drinking Made Easy,” FIG continues to impress food enthusiasts with its rotating menu of seasonal dishes. Make a reservation and enjoy a white tablecloth dining experience or take a seat at the bar for a more relaxed vibe. Either way, you’ll love savoring the unbelievable fresh flavor at FIG.

Located on Morrison Drive in Charleston’s Wagner Terrace neighborhood (aka the NoMo neighborhood), the Tattooed Moose is hands-down the best place to get a high-class sandwich.

In fact, the dive bar’s famous Double Decker Duck club sandwich has its own following, thanks to its appearance on “Diners, Drive-Ins and Dives.” Run by a husband and wife duo, the Tattooed Moose makes no apologies for its funky theme, which includes taxidermied décor and stickers on the walls.

Nor should it. This dive bar isn’t trying to compete with Charleston’s refined dining establishments. Instead, this local favorite focuses less on appearances and more on providing an amazing atmosphere and great food.

Visit the Tattooed Moose with all the expectations of a regular dive bar and you’ll no doubt turn into one of its many converts.

Also featured on Guy Fieri’s beloved DDD, The Glass Onion is located on Savannah Highway and is known for their New Orleans-inspired soul food. Their fried shrimp po’ boy transports you to Louisiana, but the decadent shrimp & grits or buttermilk fried chicken remind you that you’re still located in the Lowcountry.

This cool concept of combining NOLA and Chucktown allows Executive Chef Chris Stewart to play with plates from all along the South. The best part is he can use fresh ingredients to serve deliciously soulful food while keeping everything within an affordable price.

Head on over to enjoy some staples Charleston is known for, and wash it all down with a refreshing craft beer local to the area.

Although we love the much-deserved recognition of Charleston’s amazing food scene, it does come with a downside: long wait times. The restaurants that were once hidden gems in the city are now no longer a secret.

The good news is that Charleston’s dynamic food scene is always changing. There are plenty of new restaurants to try as we wait patiently for our old favorites to calm down. If you don’t have time to wait at one of these hotspots, you can always plan to stop by on your next visit to Charleston.