Victims’ Compensation: How Does The Process Work? 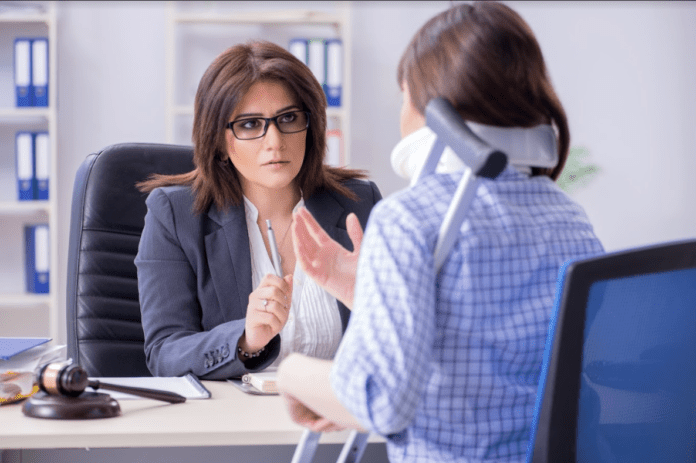 A long time has passed since that fateful day on the eleventh of September in 2001. Hundreds of lives were lost that day. On top of the many losses, many people whose lives have been forever changed by the incident are still struggling to this day.

Managing to survive 9/11 is no easy feat. Upon the Twin Towers’ collapse, massive dust clouds got expelled. But if only they were simple dust you can find in one’s home, perhaps the casualties won’t be too big. However, found in these dust clouds are extremely toxic air particles such as asbestos, glass fibers, heavy metals, and many more. Stay too long to inhale them, and it’s enough to sentence you to a life where it’s nearly impossible to move on and recover.

What Is Victims’ Compensation?

Since it’s such a massive attack, the impact left by 9/11 left behind deep-rooted effects on everyone within the area. As mentioned earlier, the fumes released by the Twin Towers’ collapse were so toxic that they left lasting damage to everyone within the vicinity. Cancer is a common outcome for many victims, while others suffered from illnesses created by the toxic fumes.

Besides physical ailments, mental problems also took root. The trauma of being in a life-or-death situation will cause anyone’s stress levels to skyrocket. And it’s a different kind of nightmare to witness people around you dying. Whether they’re someone you know, a complete stranger, young or old, no one was safe from the falling debris and harmful gases.

Because of how extreme these outcomes are, you can see why they’d leave lasting effects on the victims. Thus, celebrating how they’ve survived this incident is likely not a happy affair. Not only that but ensuring that these effects remain within safe levels will demand generous attention and resources. Luckily, this issue has been given light, and Congress established the Victims’ Compensation Fund (VCF).

However, many victims are still hesitant to file a claim because they don’t know how the process works and they’re worried about how much it’s going to cost them. In such cases, victims should work with an experienced lawyer who can help them avoid the stress and fight for higher compensation on their behalf.

It’s also important to note that VCF attorney fees are capped at a fixed percentage by the government, so there’s no reason for victims to worry about their compensation getting slashed by high legal fees.

Before you file your claim, you need to know what you’re dealing with. After all, you don’t want to get bogged down by the red tape or for the process to take too long. Therefore, it’s in your best interest to prepare for what’ll happen when processing your victims’ compensation fund.

First and foremost, you need to know who qualifies for the fund. After all, not anyone who frequents New York City is qualified, considering how vast the city is. To narrow down the VCF’s beneficiaries, the people involved must be found in the given locations:

These locations received most of the brunt of the attack. Because of this, a significant concentration of victims and casualties is found there. But other than identifying the locations where the attack took place, the victims should be present in these locations between the eleventh of September 2001 and the thirtieth of May 2002. The victim’s age should help cement their claim.

Considering how technology’s advancing, you now have the option to register as a candidate online. Getting yourself registered is a crucial part of confirming your eligibility. After all, included in the registration form is proof that you were present at the impact site. Therefore, you need to provide every piece of evidence that shows you get exposed to the aforementioned locations.

Other than identification and registration, one crucial aspect you need to factor in when filing a victims’ compensation fund is your health condition. Because as mentioned earlier, what happened on 9/11 was so life-threatening that the damage it brought lasted for years. Therefore, you’re likely to have a health condition as a result. And to improve your chances of getting approved, your health condition must be certified by the World Trade Center (WTC) Health Program.

If your condition matches the other listed illnesses, it shouldn’t take too long for your claim to be approved. However, if your health condition isn’t included in the list even though it was caused by the attack, don’t worry. Instead of going straight to WTC Health Program, verify your condition through the Private Physician process. Once you’re done, take your document and certification letter to the VCF to file your claim.

Getting involved in a terrorist attack has always been a traumatizing experience. Some may have been affected by the attack physically, while others may have taken a mental beating. However, remember that you don’t have to live with this burden on your own. The government offers assistance to those lives were irrevocably changed by the incident so they can recover and heal.

6 Things To Consider Before Getting A Mortgage

How To Keep Your Business Organized and Professional? A Simple Guide