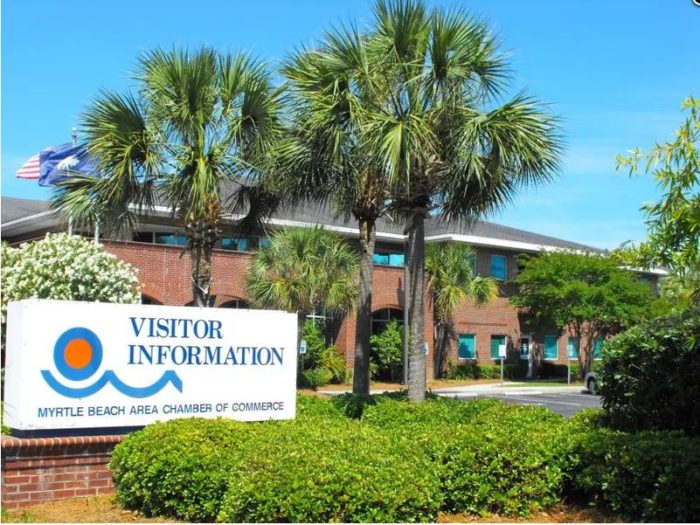 $5 million more in tax dollars are scheduled to go to MBACC (The Myrtle Beach Area Chamber of Commerce) in Covid 19 relief monies. MBACC already gets $50 million annually in tax subsidies. Is the money being spent wisely?

As Rick Brundett of the Nerve Reports:

Gov. Henry McMaster plans to spend $20 million in state surplus money in response to the coronavirus outbreak in South Carolina, but it’s not for more testing, treatment or protective gear such as face masks.

Instead, those funds will be spent on tourism marketing – most of it going to five tourism organizations – after a legislative committee this week approved McMaster’s request, which originated from the state Department of Parks, Recreation and Tourism (SCPRT), whose director is appointed by the governor.

In designating $155 million in state surplus money in May for COVID-19 relief, lawmakers gave the governor the authority to direct those funds to “protect the health, safety, and welfare of the public.” But those terms aren’t defined, giving state officials broad discretion on how that money will be spent.

“South Carolina’s tourism industry has borne the brunt of the COVID-19 damage to our economy,” McMaster said in a Sept. 18 letter to state Sen. Hugh Leatherman, R-Florence, who is chairman of the Joint Bond Review Committee (JBRC). “It is critical that SCPRT immediately engage in an aggressive concerted marketing campaign to ensure that South Carolina receives an equal or greater share of consumer spending as Americans resume business, leisure, holiday and vacation related travel.”

“We really need to steal business from other states,” SCPRT director Duane Parrish told the JBRC in a video conference meeting Tuesday before the committee unanimously approved McMaster’s request. “And that’s what this $20 million will allow us to do.”

The Senate’s version of the state budget for this fiscal year, which started July 1, proposed spending $40 million on “tourism recovery” marketing through SCPRT.

The Nerve in June reported that “accelerateSC,” an advisory committee created by McMaster following the COVID-19 outbreak in the state, recommended spending more tax dollars on tourism advertising.

The bill passed by lawmakers in May requires that the JBRC review requests by McMaster before he can spend any of the state surplus money from the “COVID-19 Response Reserve” account.

Under state law, Leatherman, as the Senate Finance Committee chairman, and Rep. Murrell Smith, R-Sumter, who is chairman of the House Ways and Means Committee, each control five appointments to the JBRC, which currently lists nine members.

Before Tuesday’s meeting, the JBRC had approved four separate requests by McMaster to provide a total of $29.7 million in state surplus funds to the S.C. Election Commission, S.C. Educational Television Commission, and departments of Mental Health and Administration, including money for personal protective equipment, expanding digital broadcasting of classroom instruction to students with limited or no broadband access, and renovating a building at a veterans’ nursing home as an “isolation and quarantine facility,” records show.

Including Tuesday’s action by the JBRC, the remaining balance in the special account is $105,207,824 million.

Of the $20 million for tourism marketing, $15 million will go to the following five tourism organizations, according to JBRC records:

The Nerve last year reported that the five organizations in fiscal 2018 received a total of $14 million in “Destination Specific Tourism Marketing” grants from SCPRT, and collectively provided $28 million in required matches. Representatives of several of the groups said then that participating hotels in their areas assess a room fee toward the private matches for the state grants, though an investigation by The Nerve raised questions about whether the fees were as voluntary and transparent as claimed.

Those state grants are separate from state or local accommodation taxes that the organizations receive annually for tourism promotion, or from other public revenue sources. The Myrtle Beach Area Chamber of Commerce, for example, received nearly $26.7 million in total “local government support” in 2017, according to its annual financial statement.

The SCPRT annually spends millions of tax dollars on tourism promotion. Out of its $136.7 million total budget last fiscal year, which included state, federal and “other” funds, nearly $39 million was designated for “tourism sales and marketing,” budget records show.

The remaining $5 million of the $20 million approved Tuesday by the JBRC would be used by SCPRT to “implement a tourism recovery advertising strategy that provides the flexibility to adjust to changing consumer marketing conditions as they occur,” according to SCPRT materials provided for the meeting.

During the meeting, Rick Harmon, the JBRC director of research, said Parrish agreed that organizations receiving tourism marketing grants out of the approved $20 million will “specifically identify all expenditures.”

But the S.C. Supreme Court ruled in 2018 that the Hilton Head Island-Bluffton Chamber of Commerce was not subject to the state open-records law just because it receives and spends accommodation taxes – effectively keeping the public in the dark about how exactly that money is spent.