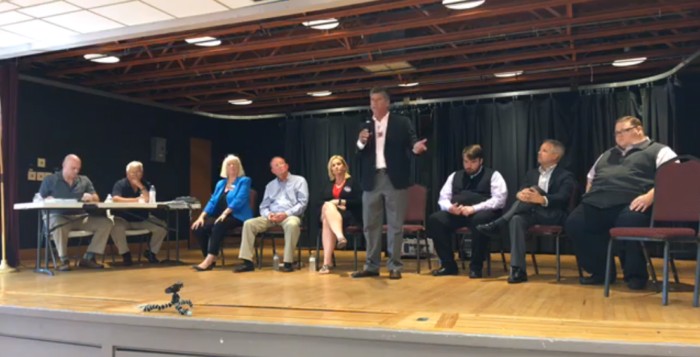 The October 15th debates are the most widely viewed debates by Myrtle Beach city residents in the history of our city.

Over 5,472 residents have now watched the October 15th debates for Mayor and Myrtle Beach City Council which were live streamed online at the MYRTLEBEACHSC FACEBOOK PAGE.

The mood among the packed auditorium and from online comments was clearly anti-incumbent.  The Myrtle Beach Area Chamber of Commerce and its over $20 million annual tax were also key discussions of the evening.

The sentiment among most candidates, the audience and those online was that the Myrtle Beach Area Chamber of Commerce should be publicly audited.  Most candidates also believe the TDF (tourist tax monies) renewal should be put before a voter referendum, having more of those funds re-allocated away from the Myrtle Beach Area Chamber, and putting more of those dollars directly into the city’s infrastructure.  All candidates agreed the 20 percent homeowner rebate should stay as is. 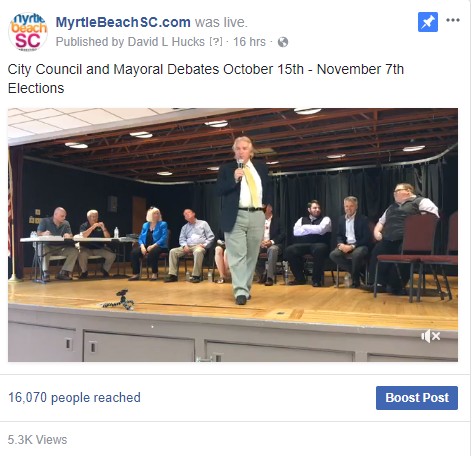 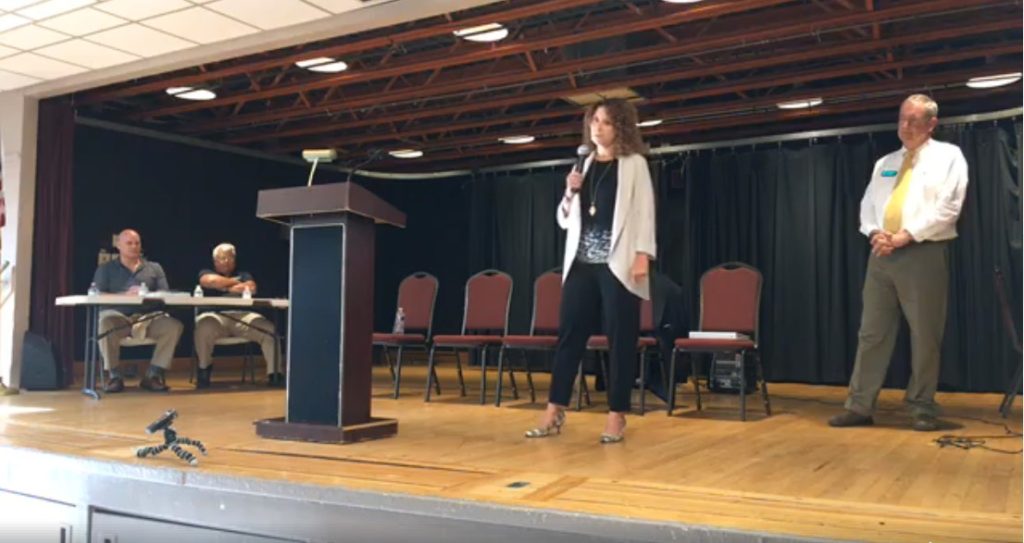 Two new political faces were featured as candidates for Myrtle Beach Mayor.  Ed Carey and Brenda Bethune offered common sense solutions for improving both the city and its brand reputation.  Carey and Bethune each appeared undaunted by the challenges of taking on the role of mayor.

Carey called for greater transparency and said current leadership is too interested in marketing Myrtle Beach above the reality of solving the problems facing the city.  When asked by the moderators as to what she saw as the main role of the mayor,  Bethune answered, “…The number one role of the mayor is to be an excellent facilitator, communicator, a relationship builder, and someone who really knows what strategic planning is all about. The mayor should be a shining ambassador for our community.”

Mrs. Bethune said she felt mis-characterized by voices on social media.  By her statements, Mrs. Bethune made it clear that she is no political insider. Mrs. Bethune said the city of Myrtle Beach and the Myrtle Beach Area Chamber each had brand issue problems.  She stated, “When we get the right people in place, people who know how to manage, who know how to lead, when we surround ourselves with the strongest teams and the best people, and when we go outside of our own communities and look at what other cities have done successfully to address similar issues and bring back those same principles here – that is when we create real change.”

Carey said our system is broken. When asked the number one issue facing our city over the next five years,  he stated, “Number one is transparency. If we want to have this economic engine growing we’ve got to change our systems. We can’t have subjective approval processes. We can’t have leadership picking the winners and losers in this town. My faith in government lies in, government is here for two reasons, two primary reasons, and that is public safety and property rights and we have failed on both!”

Residents we spoke with, after the debate,  said they felt hopeful.  Many believed city issues will be solved (moving forward) without the ongoing, political drama the town has experienced over the past 12 years.

This was a welcome change for city residents, like Karon Mitchell, who told us she was drama-fatigued by the antics of secret agendas, unnecessary drama, secret insider alliances, and the incompetence exampled by current city government leadership.

Some examples of the current Myrtle Beach city government drama played out in the debate event itself.  The Myrtle Beach Area Chamber of Commerce refused to help sponsor the event as they stated the incumbents were unlikely to participate.

For reasons that are still unclear,  Mayor Rhodes, Councilman Lowder, and Councilman Wallace boycotted the event entirely.  No comprehend-able reasons were given by the incumbents for not attending.

No soliciting signs were hastily put up in the Market Common community.  Local TV stations,  who receive TDF [tourist tax] payments from the Myrtle Beach Area Chamber would not promote the event to the public.  Local businesses in the Market Common community told the MyrtleBeachSC.com news team they were afraid to put up posters promoting the event for fear of retaliation from city government and the Myrtle Beach Area Chamber of Commerce.

An orchestrated effort was put in place to somehow de-legitimize the event itself,  even though it was put on by the South Strand Republican party, in a city which strongly leans conservative.   None of those tactics worked, however, as the event was among the most successfully run debates in the city’s history.  Moderators Will Dettmerring and Tom O’Dare asked fair and relevant questions.   The October 15th debates are the most widely viewed debates by Myrtle Beach city residents in the history of our city.

Current city government’s silencing the voices of political opponents and mocking the attempts of those outside a small circle are the very practices Myrtle Beach city residents and merchants are tired of.  As such, the facility was packed to capacity.  Event organizers put out 120 chairs,  but were required to bring out an additional 20 as the crowd was larger than expected.  The debates were also live-streamed to 5,300 residents eager to hear what the candidates for City Council and Mayor had to say.    MyrtleBeachSC.com expects over 8,000 Myrtle Beach locals to watch the debates online this week as the event is shared.

See the event here (make sure to turn on the volume indicator):

OTHERS UNABLE TO ATTEND

Candidate for Mayor Mark McBride chose not to attend, as the event was held on Sunday.  C.D. Rosa stated online that his mother was being transported to MUSC.  Said Rosa online,  “Had she stayed the night at Waccamaw, I would have been at the debate. Had she already been at MUSC, I would have made the debate.”    MyrtleBeachSC.com does ask for prayers for Mr. Rosa and his family at this time.