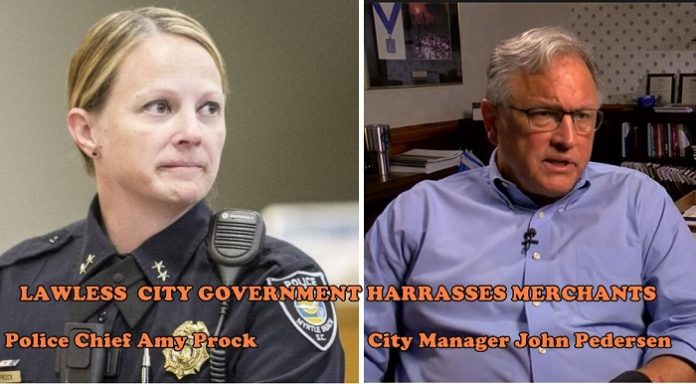 For showing great courage in standing up to the weight of Myrtle Beach City Government, MyrtleBeachSC news proclaims Saturday, August 3rd as Sachin and Chandrakant Patel day. Our news site recognizes these two merchants as Myrtle Beach Citizens of the year 2019.

WHY WOULD THE CITY HARRASS A PRIVATE BUSINESS OWNER? SCROLL TO BOTTOM OF PAGE

The city has done little to nothing to alleviate those ongoing issues. Sachin and Chandrakant Patel noted problems happening on the streets around their motel and had motel staff call police.

As WMBFnews reports: A Myrtle Beach motel that the city and police have called a public nuisance received a big win in court.

Back in February, the city of Myrtle Beach and Myrtle Beach Police Chief Amy Prock served a public nuisance notice to the Lancer Motel on North Kings Highway, which called for the owners to close it within 30 days.

Police said during the course of a year, there were more than 450 calls and complaints of criminal activity at the hotel, such as drugs, prostitution and fighting.

The owners of the Lancer Motel, Chandrakant Patel and his son Sanchin Patel, appealed that decision. They said in court filings that all, if not most, of the evidence submitted during a hearing was based on 911 calls made in the general area and not at the motel itself. They said it was the responsibility of the city and not the business.

Circuit Court Judge Benjamin Culbertson filed an order on July 26 saying the, “Hearing Officer appointed by City Manager did not have jurisdiction to determine existence and abatement of alleged public nuisance.”

It also calls on the motel’s attorney, Russell Long, to prepare a formal order in the case.

WHY IS THE CITY DOING THIS?

Pedersen sits on the board of the DRC. The DRC is a private corporation owned by the City of Myrtle Beach.

Once the road becomes a straight entry, the value of the Lancer Motel will likely triple at minimum.

The city, working through the DRC, has shown a documented pattern of using varied measures to ensure that “city-approved“, preferred, establishment, insider investors lock in key real estate locations in prime spots at discount prices. The Lancer Motel will soon become the pinnacle of prime locations.

We site the following examples:

Multiple lawsuits, by various merchants, have been filed. The city’s legal reprimand in this case could set a precedent for future legal findings.