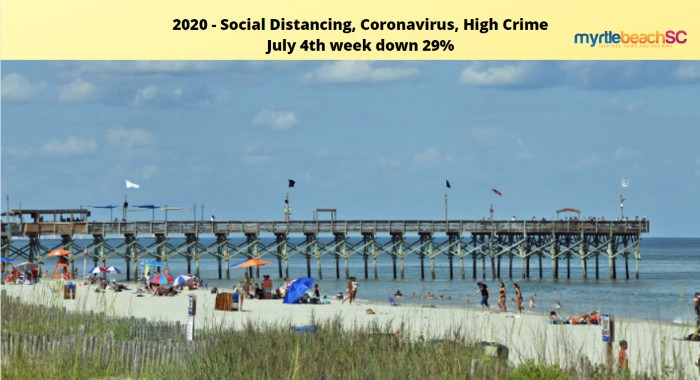 Summer 2020 marks the tenth anniversary of peak season collections of the controversial City of Myrtle Beach Tourist Tax. 80 percent of the retail sales tax collected is used for advertising through the Myrtle Beach Area Chamber of Commerce (MBACC). The remaining 20 percent goes toward property tax credits and tourism-related capital projects.

The tax historically brings in $24 million annually. In the past 5 years, however, other tax assistance inclusions catapulted the Myrtle Beach Area Chamber of Commerce’s total tax subsidy income to over $50 million annually.

PROBLEMS WITH SPENDING $50 MILLION ON ADVERTISING

When MBACC spends ad dollars out of market, 94% of potential tourists head straight to GOOGLE. With annual revenues of $161.9 billion, Google is the leader in all things search.

According to an April 2020 statement by Google: The number of Google searches by device shows 63 percent of Google’s US organic search traffic originated from mobile devices.

As potential tourists visit GOOGLE, here are the key questions Google provides on its page one search results for Myrtle Beach:

Clicking the drop down for IS MYRTLE BEACH SAFE?:

Tens of thousands of potential tourists do this search daily. The more MBACC spends, the more people search.

A report by CCU’s Clay Brittain Jr. Center for Resort Tourism, published July 9th, shows a 29.2% drop in hotel occupancy during July 4th week 2020 when compared to the same week in 2019. Duane Parrish, Director of S.C. Parks Recreation and Tourism blames the 2020 decline entirely on the Corona-virus.

However, as we reported Aug 20, 2019, the city of Myrtle Beach itself has experienced increasing declines since 2017. This based on face to face interviews with more than 20 local small business owners from Broadway at the Beach, to Ocean Boulevard, to Coastal Grand Mall.

What the tourist tax did accomplish was a tax transfer, placing the burden of residential property tax payments on visiting tourists.

The Oasis, Fountainbleu, The Lancer, and Pedersen

Alan Clemmons resigns. Is Myrtle Beach City Manager next in his future?