City to spend over $10 Million for Midtown Motel, and pieces needed for Downtown Masterplan 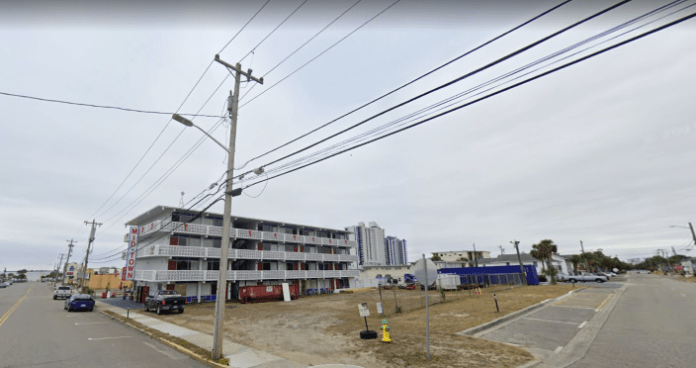 Myrtle Beach City Council will meet tomorrow to approve the purchase of 6 parcels from 7th Ave. North Ocean Boulevard to 8th Ave North Ocean Boulevard out west to Business Highway 17. These purchases are all part of the city’s masterplan to partner with an investor in redeveloping this city square. The total purchase price for the parcels is expected to be $10,245,500.00. The city plans to borrow up to $12 million.

The city’s takeover of this block began when the city worked with former Downtown Redevelopment Corporation Board Member, Noam Pyade, in purchasing the Fountain Bleau and the Oasis Motel in that same square. Those two properties have since been bulldozed.

The city will collectively pay the Doyle family of Aynor $8,200,000 for the Midtown Motel and associated parcels owned by the Doyles.

Myrtle Beach unveiled its comprehensive city-wide masterplan for the area in a presentation to city council just recently.

READERS CAN VIEW THAT MASTERPLAN HERE

The City of Myrtle Beach masterplan will likely involve a Public – Private partnership.

What is a Public – Private Partnership?

Public-private partnerships involve collaboration between a government agency and a private-sector company that can be used to finance, build, and operate projects, such as public transportation networks, parks, business ventures, and convention centers.

These types of ventures are common in countries like China and are becoming increasingly common in America.

The City of Myrtle Beach passed a mid tax on downtown merchants to offset the costs of this venture. The city has not unveiled what private business will be the benefactor of this relationship.

However, talks of a baseball stadium/concert venue have been privately discussed.