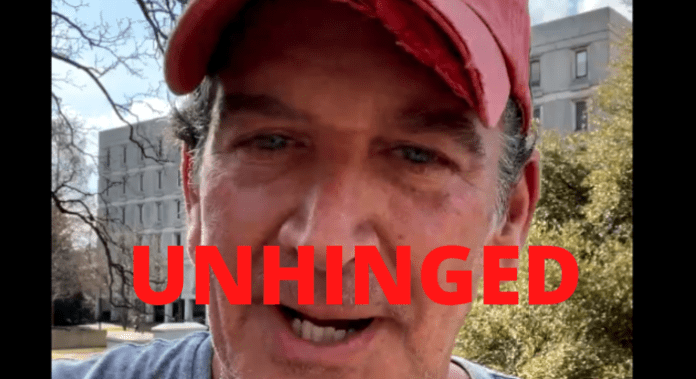 We wrote the below glowing press release about Mark McBride when he announced a try for U.S. Congress.

Since this article, Mr. McBride continually hounds our team for not covering him often enough. On March 5th, with no organized team, no ground game, and McBride recently firing his campaign manager, he went off unhinged on Facebook.

Below was our response to his attack of our news organization.

“After serving two terms as the Mayor of Myrtle Beach and earning a reputation for putting the safety of the city’s citizens first, I’m excited to continue my public service in the United States Congress,” McBride said.  McBride is the Mayor who brought the controversial Downtown Redevelopment Corporation and The Community Appearance Board to Myrtle Beach.

McBride is known as a fighter who enjoys going after both friend and foe. McBride has run and failed in his last multiple ongoing campaigns for over a decade.

“Tom Rice failed the people of South Carolina’s 7th District with his unconstitutional vote to impeach President Donald Trump, whom they overwhelmingly voted to reelect in 2020,” McBride continued. “Rice has proven himself to be another empty suit, and a tool of the disgraced GOP Establishment in Washington. He no longer deserves the privilege of representing the fine people in this district, and I’m the only candidate in this primary race with experience governing, and an America First track record. It’s time to retire Tom Rice, and I’m the man for the job.

McBride served as Myrtle Beach’s Mayor from 1998 to 2006. During that time, he helped build five new police and fire stations for the city, earning himself a reputation for supporting law and order, and public safety. He also helped bring thousands of jobs to the city, and led massive developments including Broadway at the Beach, Planet Hollywood & the Hard Rock Cafe, The Atlanta Braves Minor League Coastal Federal Field, The Convention Center expansion & hotel, The Market Common City Center development, the Multi-County Business Park, and more. At the time, McBride oversaw 800 employees and a $200 million budget. He never raised property taxes to accomplish any of his goals as Mayor.

McBride also has experience running a campaign for federal office. In 2004, he ran for U.S. Senate in a primary race against future Senator Jim DeMint (R-SC). His slogan during that race was “Put America First,” more than a decade before President Trump made the phrase “America First” universally-known. During his senate run, McBride campaigned on building a wall at the Southern border, and railed against the disastrous NAFTA trade deal that cost the American working class hundreds of thousands of quality manufacturing jobs.

“Not only am I the only candidate with the experience to beat Tom Rice, but the people of SC-07 know that I’ve stayed active in local and federal politics since holding office, and have been focused on putting America First for the better part of two decades,” McBride said. “There is no candidate better to replace Tom Rice, and pick up President Trump’s America First torch here in South Carolina.”

By trade, McBride is a small businessman who has worked in the restaurant and telecommunications industries, and as a project developer on residential and commercial property development in Horry County. He lives in Horry County with his wife of 34 years, and has three adult children and two grandchildren. He is a devout Christian and family man.

“I support traditional Christian, conservative family values,” McBride said. “I think that’s one of America’s most pressing issues. We’ve gotten away from who we are. I want my children and grandchildren to live in a country where order and prosperity are the norm. I want them to have the American dream they were promised, and when I’m Congress, that’s what I’ll be fighting for every day.”

You Were Recently Injured In a Car Accident? Here’s What To Do