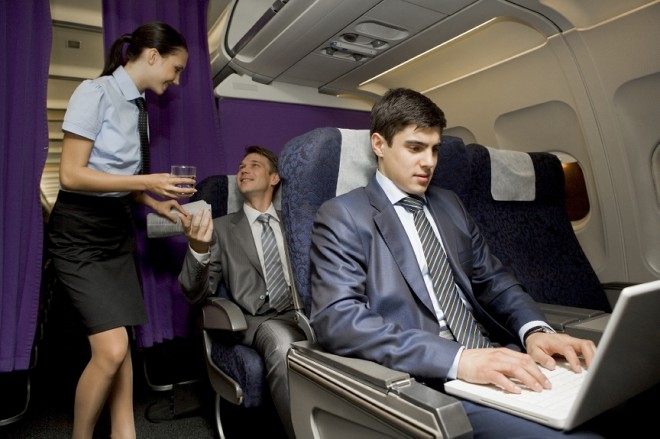 Vying for the arm rest on your next flight may be a possibility because the percentage of seats filled on passenger planes—known as the load factor—continues to climb, making the likelihood of sitting next to an empty seat almost nil. Thus, the arm rest war begins.

But airlines say they are packing us in out of necessity, not greed.

The Los Angeles Times reports, in May, the nation’s airlines recorded an average load factor of 85%, the highest rate ever for that month, according to the U.S. Bureau of Transportation Statistics.

The load factor for domestic flights was even higher, 86.3% for the month, while the rate for international flights was 82.3%, the federal agency said.

The nation’s airlines have pulled out of an economic slump, thanks to the improving economy and growing demand for air travel. But airline officials say the higher load factors are necessary to keep airlines in the black, says The Los Angeles Times.

“On average, planes are fuller but more seats must be filled to break even because airline costs have outpaced fares,” said Victoria Day, a spokeswoman for Airlines for America, a trade group for the nation’s airlines.

In the 1990s, an airline could break even on a flight with 64% to 68% of the seats filled, according to the trade group.

“The primarily reason for the increase in cost is due to fuel expenses but other costs have risen as well,” Day said.