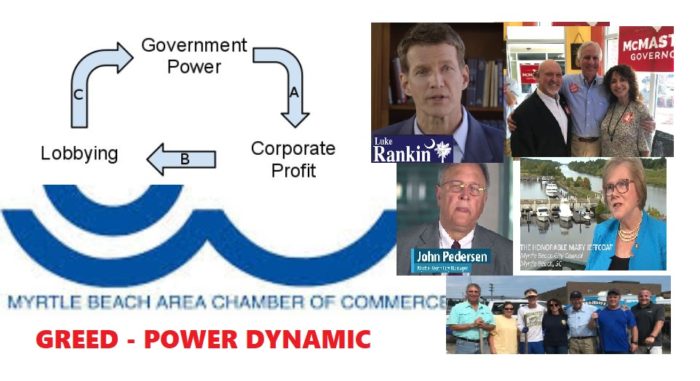 MyrtleBeachSC news rarely covers any news outside of our state.  However,  when U.S. Investigative Journalist Jamal Khashoggi was murdered at the hands of the Saudi government this past week,  our own concerns increased.   Like many stories we follow, this has been an under-reported news item.

Khashoggi is an investigative watchdog and a well known critic of the Saudi government.  He is believed to have been murdered in a Turkish consulate.

Turkish officials have said they believe the 59-year-old was murdered there by a 15-member Saudi “assassination squad”.  “The moments when Khashoggi was interrogated, tortured and murdered were recorded on his Apple Watch’s memory which he had synchronized to his cell phone,” Turkish newspaper Sabah reported.  His fiancee was in possession of his cell phone as it recorded. She watched the horrifying events as they unfolded.  Read about it here: https://www.independent.co.uk/news/world/middle-east/jamal-khashoggi-latest-missing-journalist-apple-watch-recording-murdered-torture-turkey-embassy-a8582351.html

BUT THIS IS THE WEST – NOT SAUDI ARABIA!

Why are so few Americans aware of the intimidation tactics, murders, and ongoing government/corporate financial collusion bankrupting and discrediting independent, local journalists? Most independent news agencies who investigate local government, like ours, are called “Fake News”.

A new and escalating trend emerging in the West causes grave concern.  Several American and English social media journalists have recently been locked up on “suspicious charges” in the West. Shock waves went through Western media this past May when U.K. right-wing activist and journalist Tommy Robinson was arrested and  jailed for three months after he filmed members of an alleged [Muslim] child grooming gang entering a court for trial — but the details of his purported sentence remained murky after the judge ordered the press to not report on the case.

As you will read below, 46 journalists were murdered in 2018 alone for investigating things their governments wanted kept secret.

CIRCLE OF MONEY: The Greed-Power Dynamic

Today’s politics, while identified as left and right is all about government/corporate collusion.  Small, independent business owners are disappearing in America.

As corporate America is now entrenched, a hand full of corporate concerns can financially work with and control elected leaders, as well as, the entire election process.  The smaller the town, the lower the town’s population, the easier it is for corporate America to own local government.  Government then, in turn, writes laws more favorable to large corporate concerns.  Government also then gives out corporate tax welfare cash subsidies to these corporate concerns [EXAMPLE: MBACC TOURIST TAX].    This “Greed-Power Dynamic” makes it hard for the few remaining small business owners to compete and for local residents to be heard in any real way.

Outside of independent news, local residents and small business owners have little voice at all.  More and more so, corporate news, corporate America, and local governments operate in financial lock step.

Compare recent events like the city of Myrtle Beach’s treatment of the RipTydz murder to the 2017 closing of Natalia’s Bar for shootings that occurred outside of her small business bar.  https://myrtlebeachsc.com/riptydz-bar-shooting-fall-out/

Another example is the new city of Myrtle Beach Overlay District. Practically every lawyer we contacted stated this new government ban is an illegal attack on small and independent business owners.   https://myrtlebeachsc.com/city-councils-vote-its-only-illegal-if-you-get-caught/ 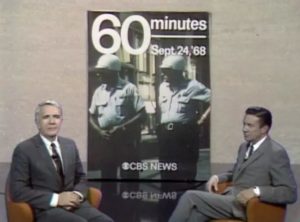 Investigative Journalism In Its Prime

Gone are the days when America waited for Sunday night and a news program we all trusted.  The “60 Minutes” of that era asked hard questions equally to both Democrats and Republicans alike.  These journalists held the corrupt accountable.

In Horry County, most local media stations primarily report stories that include crime, or prostitution, or a new business venture, or the city’s latest program.  These mainstream, media stations are a welcome part of all things local business and local government. Their integrity is rarely questioned by government.

However, this year, at least 43 investigative journalists, who drill deep into government activity with integrity  (like the 60 Minutes team of old), have been killed around the world as a result of their work, according to the Committee to Protect Journalists. https://cpj.org/

This week’s New York Times Headline:  A Deadly Year for Journalists as Risk Shifts to the West

The article points out: “Typically journalists are not murdered in the United States,” said Courtney Radsch, the advocacy director for the Committee to Protect Journalists. “Typically they are not murdered in Western Europe. Yet we have seen it this year in both — which were previously considered bastions of press freedom — that journalists are being murdered and that there is a parallel of anti-press rhetoric happening.”

THE MEDIA ITSELF IS LARGELY TO BLAME

CNN, MSNBC, CBS, and NBC clearly have a left bias.  Few would deny such.  News coverage by these networks upset many Americans.  President Trump rightly calls some news articles reported on these networks “Fake News”.  Meanwhile, Fox News is hated by the left.  Democrats call this network Faux News.  Recent Pew research shows that approval ratings of journalists have reached an all time low as a result of biased corporate news reporting.

The problem is most Americans don’t view the news as a business, and especially not as a CORPORATE BUSINESS.  Five corporations own 90% of the news channels in America.  Replace the word Corporate Profit in the graph above with the word Corporate News Profit and there you have it. The news industry lobbies with the government, behind the scenes, as hard as any other corporate concern in America.

With advertising competition from Google, Youtube, Facebook, and Instagram, traditional media is increasingly funded by like-minded political advocacy groups. Democrats are funding mainstream media.  Fox news gets funded by the right. Independents really have nowhere to go. They also have no hard set base of followers supporting  them when they are attacked by the “Greed-Power Dynamic” institutional structures.

Myrtle Beach’s local media have taken the Greed Power Dynamic to its most unethical limits as can be seen in the picture below. 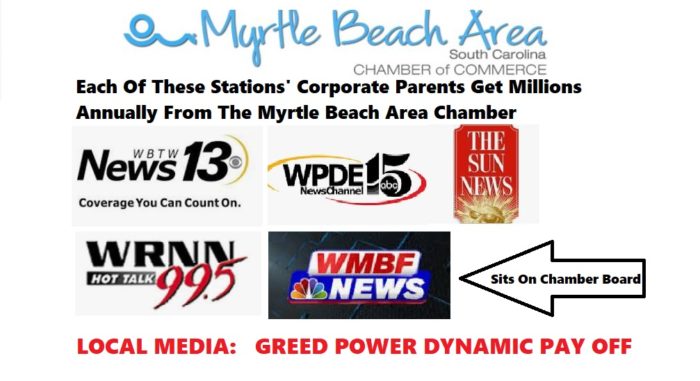 The Chamber gets its money, $55 million annually in tax subsidies, from the Government.

When an elected incumbent runs for re-election,  can he or she expect to get extremely positive local media coverage?   As voters, are we paying attention to this?

Why was MyrtleBeachSC news the only local investigative team to report Chamber Cronyism last week? 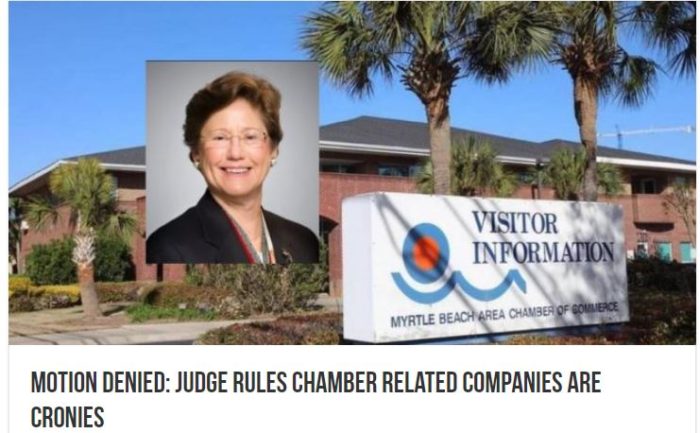 Once the story aired,  Myrtle Beach Mayor Brenda Bethune texted us the following: 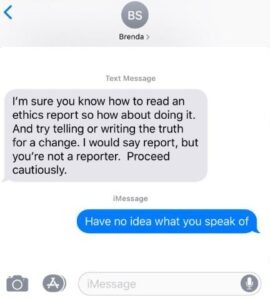 Bizarre Texts From The Mayor Are Not Uncommon. Our answer in blue.

Why were we the only local news to report Santee Cooper’s coal ash breach into the Waccamaw River? This video speaks for itself.  71,000 locals watched it, yet no other news agency covered it.   Santee Cooper sent security out to a public street, miles away from its closed facility, to downtown Conway where we were operating our drone. Security requested that we not fly over the Waccamaw river where the coal ash ponds were. We flew there regardless, while security looked on. 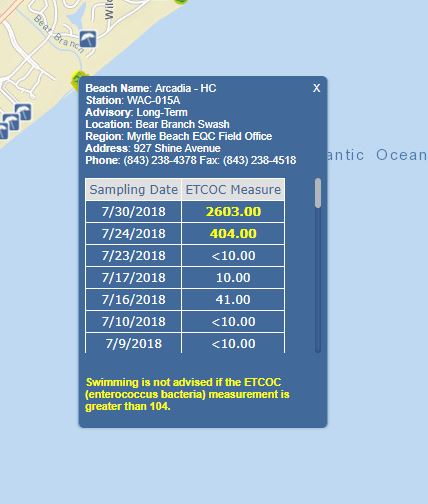 We have been reporting on oceanfront beach bacteria for years.  Initially, local media worked feverishly telling their viewers that our articles were Fake News.  Now, even those stations broadcast these realities as facts. The DHEC reports are overwhelmingly true.  However,  when flood waters rushed from the Waccamaw and Pee Dee rivers into the ocean after Hurricane Florence, DHEC did not report beach water quality for weeks.  Why?  They claimed they were too busy to test the ocean.   MyrtleBeachSC news was the only local team to report that as well.

In 2016, Mayor John Rhodes’ wife, Terri Springs threatened to call all of our advertisers if we continued to report bad news about city government.  MyrtleBeachSC news lost over $213,000 in advertising contracts.  Our windows were shot out of our former studio, located on Bob Grissom Parkway,  late at night.  All four of our publisher’s car tires were slashed twice late at night while he and his wife slept. 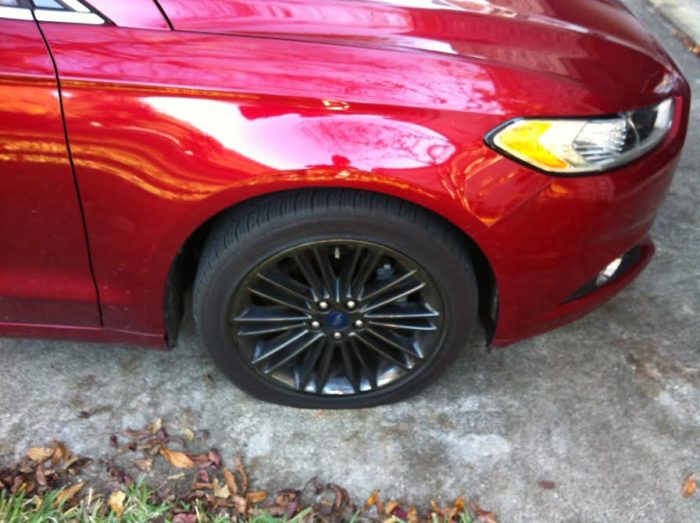 All 4 tires slashed in publisher’s driveway while he slept. 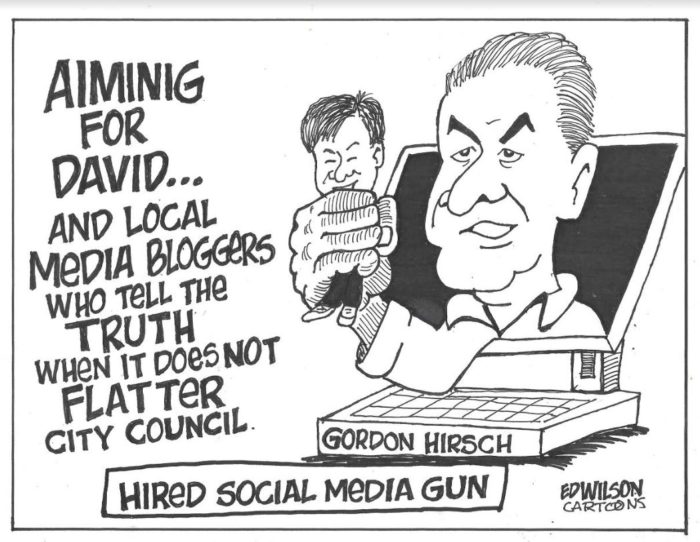 After attacking our news team for a decade,  former Myrtle Beach Area Chamber C.E.O., Brad Dean, lied to the entire population of Puerto Rico, stating our news team published Chambergate articles that were actually written by the Sun News.  He called those articles Fake News.  Those articles concerned political payoffs by Chamber members to S.C. local and state elected officials in 2009.  The Tourist Tax was passed by those same politicians. 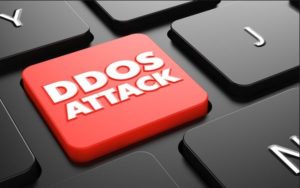 Our publisher’s phones have been tapped.  His home was wire tapped in 2017.

Breitbart News just published a leaked Google briefing showing Google knows and approves of its own role in pushing European-style censorship onto Americans.

The Google briefing, titled “The Good Censor,” admits that Google and other tech platforms now “control the majority of online conversations” and have undertaken a “shift towards censorship” in response to unwelcome political events around the world using “European” censorship models.

With pressure from Democrats in Congress, and the midterms just ahead, Facebook is sure to follow suit.

Google and Facebook are two new large corporate business players that are getting neck deep into the Greed-Power Dynamic. 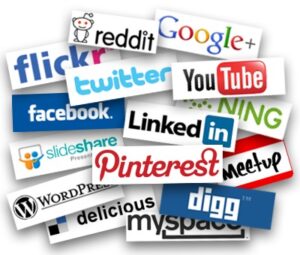 The future of independent, government watchdog investigative journalism is in peril.  As independent journalists’ risks increase, many are choosing other career opportunities. As they do, small business owners and local residents will be forced to find their own independent, collective voice.  Finding a united voice to confront the will of this well funded group will be key.

From an up close perspective, MyrtleBeachSC news believes freedom has never been more in the balance. The Greed-Power Dynamic can shut out the investigative lens. When that lens disappears, colluded government/corporate concerns can legislate and operate fully without any public scrutiny.

As this plays out, the Greed-Power Dynamic  puts everyone but those inside that closed, government – corporate circle at risk.

MyrtleBeachSC news is clearly in those cross hairs.

Chairman-Elect Vows To Fight For No School Tax Increases