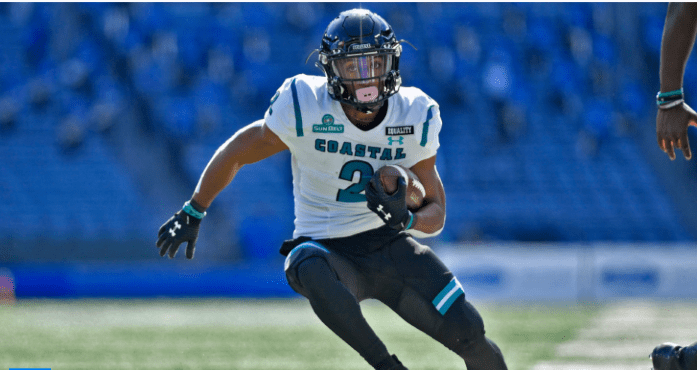 Coastal posted a final of 34 points to Appalachian’s 23. The final score, however, was not indicative of what a nail biter the game was. The score went back and forth for four quarters.

Coastal outscored App State 25 to 6 in the second half. The game was played at Brooks Stadium in Conway, S.C. It was televised on ESPN.

For the first time in the Sun Belt Conference a team has started 8 wins with no losses. Coastal Carolina has broken all benchmarks during its third year in the conference.

The men in teal are 6 and 0 in the Sun Belt Conference.