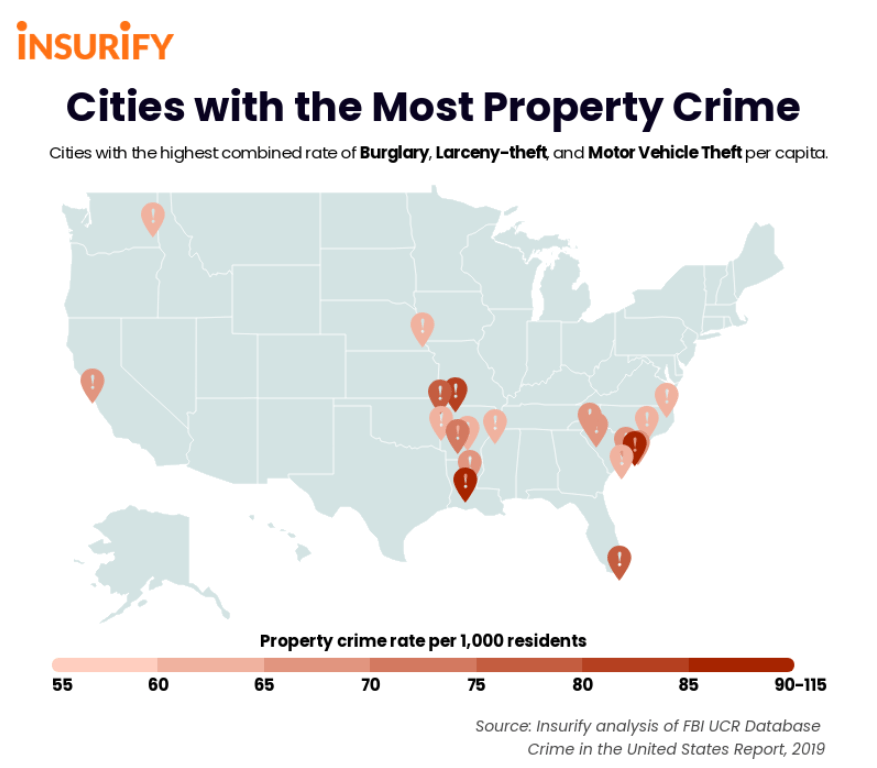 The methodology and full list of cities with the highest property crime rate can be found here: https://insurify.com/insights/cities-with-the-most-property-crime/

Rankings in this study are based on Insurify’s analysis of the Federal Bureau of Investigation’s most recent Crime in the United States report.

According to the report Myrtle Beach is America’s top crime ridden city.

The Future Of The Democratic Party?