GSHS Board Member: "The other Rescue may have pulled these cats from GSHS, but GSHS is now asking for public funds, again, on the GSHS page - to collect monies and support a Black Market Drug. Are we going down this road, yet again?" 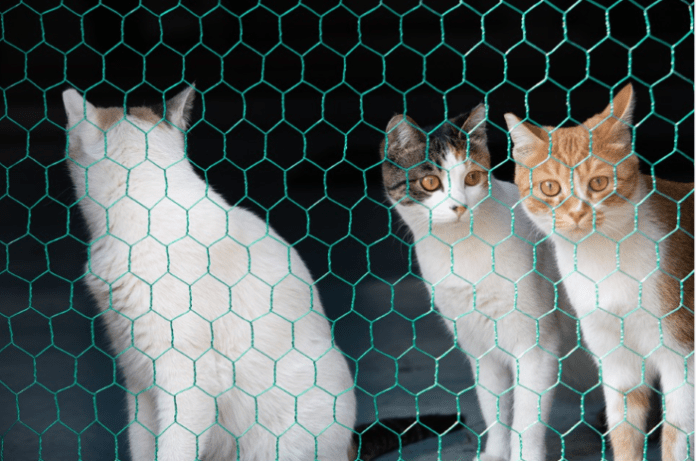 Afterwards, the senior liaison of PETA reached out to us condemning the black market operation.

Viewers can see the GSHS Board’s effort to skirt U.S. drug law, as well as, read our original article here.

At the GSHS December Board meeting, a back and forth between members showed clear signs that the Board was highly divided over this controversial, black market approach to treating cat Coronavirus (commonly known as FIP).

Records show that GSHS paid Thompson almost $11,000 in checks. Eleven cats were treated. Four cats died at a cost of over $1,600 per cat to treat the 7 cats.

After our initial article broke, a contact from Georgia reached out informing us, “Thompson was kicked out of the FIP Warrior group roughly 2 years ago for, to put it mildly, being a piece of shit.”

Said PETA Senior Liaison, Sofia Chauvet, “PETA has seen the “life at any cost” mentality lead to paralyzed animals dragging themselves until they bled, dogs warehoused in filthy crates until they died, animals’ bodies rotting in squalor, and now, experimental black market drugs secretly being given to cats, half of whom reportedly died immediately. “No-kill” policies—which really mean no euthanasia even when it is warranted and a blessing to an animal who is suffering—harm animals and tarnish the reputation of good animal shelters. PETA encourages everyone to support open-admission shelters, which accept all animals in need and treat them as individuals, not as “save rate” statistics.”

After the Chinese drug experiment failed, Board Members can be heard and seen on video attempting to outsource the operation to a 3rd party. This 3rd party volunteer was present at the meeting.

NOT A CONTROLLED MEDICINE

We quoted UC Davis’ Niels C. Pedersen in our initial article. The problem with ordering the drugs from China is that although the Chinese suppliers indicate that they are highly pure, there is no testing for biological activity (i.e., antiviral effect). The shipments do vary as the Chinese can decide to put anything in any vial. There is no medical oversight. Purchasers must trust the Chinese labs for consistency. The Chinese have not been good role models in these efforts. The vials are marked dietary supplements for easy entry through U.S. customs.

Knowing that the drugs are not FDA approved, GSHS Board President Lindsey Rankin’s intentions to skirt around U.S. drug laws caused a stir of back and forth emails among members. One key GSHS board member resigned. Readers can see video of the Board’s attempt to do a legal work around here.

Myrtle Beach City Manager, Fox Simons informed us, “We have met with members of the Humane Society board and aren’t comfortable with the shelter’s current direction.  No decisions have been made at this time, but all options are on the table.”

CONTROVERSY ON THE GSHS BOARD

Asked one board member: It is my understanding that there is no current approved method for administering FIP drugs. Is this part of an approved clinical trial? Have we consulted a veterinarian or attorney who is knowledgeable as to these matters to determine whether we have a proper basis for this?

This [newly established, outsourced] rescue [a 501c3 funded by donations including Lindsey Rankin] pulled these cats from GSHS – so they are not under our care- Jess was just sharing the fundraiser since they used to be ours. Yes, these injections are experimental and expensive (as Jess stated) but many shelters treat these cats and share these type of fundraisers. We have treated them in the past – but some Board members thought we shouldn’t be treating them so we stopped. No shelter (or clinic) money is being spent for these treatments nor are we involved in the administration of the injections. Without this rescue pulling these kitties – we would have to euthanize them.

UPSET BOARD MEMBER THEN RESPONDS TO LINDSEY RANKIN:

In response to your email Lindsey, please let’s state the facts correctly. Yes SOME Board members thought we should not be treating cats with a Black Market Drug. I was one, Carol was another, as were Libby and others. To be clear, Jess purchased this drug from “Joe Bologna” or some other ridiculous name, to the tune of $11K for seven cats, four of which died. She also administered the drug to the cats herself – as she stated – and did not allow the past Vet to do so as she knew it was not to be administered by a Vet, nor would a Vet do so.

Dr. Tiffany told me she knew about it, but would not participate. I’m not sure if this “Joe Bologna” was administering the drug within our shelter. He was NOT a vet either.

This occurred just a short while ago with public funds, no invoice, noted in wrong account with some Board members’ knowledge.

She goes on: The other Rescue may have pulled these cats from GSHS, but GSHS is now asking for public funds, again, on the GSHS page – to collect monies and support a Black Market Drug. Are we going down this road, yet again?

Our readers can see the entire back and forth below marked BOARD CONTROVERSY via SCRBD.

SERIES OF CHECKS WRITTEN TO THOMPSON MARKED AS “SHELTER SUPPLIES”

GSHS BOARD MEETING MINUTES WITH ALL CHECKS PAID TO THOMPSON

Payments to Mark Thompson and Minutes by MyrtleBeachSC news on Scribd

IN CONCLUSION – THE POLITICAL IMPLICATIONS

Interstate 73 is a highway desired by Karen Riordan, Myrtle Beach Chamber of Commerce President, and Myrtle Beach Mayor Brenda Bethune. The funding must come from and be approved by the S.C. State House. Rankin is one of the most powerful senators serving in the S.C. Senate.

Riordan now sits on the Grand Stand Humane Society Board, where Lindsey Rankin is Board President.

If these boards and issues appear enmeshed, it is because they are.