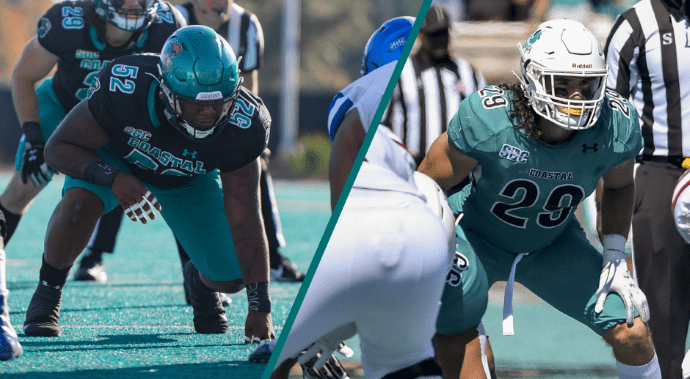 A win over the 7 -3 James Madison Dukes this Saturday, November 26th will likely land Coastal Carolina University in the Birmingham Bowl on December 27th.

Coastal’s likely opponent in the Birmingham Bowl will be UCF. Currently ranked 25th in the NCAA, the University of Central Florida Knights have a 8 -3 record as of this publish date. Their final season game will be played against the South Florida Bulls.

Star quarterback Grayson McCall has been out since the Appalachian State game with a foot injury. He is not expected to play against James Madison.

Last week’s game against the Virginia Cavaliers was cancelled. The nation mourned as 3 Virginia players were shot and killed by a former walk on.

Per Wikipedia: The Birmingham Bowl is a post-season NCAA-sanctioned Division I FBS college football bowl game played annually in Birmingham, Alabama. First held in 2006, the game is owned and operated by ESPN Events.

The bowl season is just taking shape. While this game is not set in concrete, a win against JMU projects this likely contest on December 27th.

The teams are well matched and Vegas odds put this game as a toss up.

The Ultimate Dos and Don’ts for Your First LAN Party