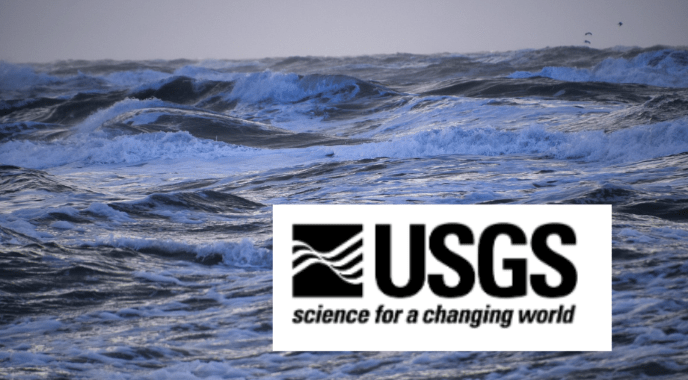 A new U.S. Geological Survey coastal change forecast released September 29 indicates sandy beaches and dunes along South Carolina and Georgia coasts are likely to see significant effects from Ian, which is expected to make landfall in South Carolina September 30 as a hurricane.

Coastal change forecasts provide vital information during coastal storms that can help emergency management officials decide which areas to evacuate, where and when to close coastal roads and where to position clean-up equipment in advance of a storm.

USGS researchers are forecasting the waves and surge caused by Ian are likely to cause 11% of South Carolina’s and 1% of Georgia’s dunes along sandy beaches to be inundated – meaning continuously covered by ocean water. This is the most severe type of storm effect on coastal beaches, with flooding behind the dunes that may impact coastal communities.

The second most severe level of coastal damage, overwash, occurs when water levels reach higher than the top of dunes. Approximately 43% of South Carolina’s and 24% of Georgia’s dunes along sandy beaches are expected to be overwashed by Ian. When a beach is overwashed, sand can be pushed and deposited inland, causing significant changes to coastal landscapes and blocking roadways. Overwash can reduce the height of protective sand dunes, alter beach profiles and leave areas behind the dunes more vulnerable to future storms.

The least severe level of storm damage on sandy shorelines is erosion at the base of sand dunes. Ninety-Nine percent of the dunes in South Carolina and 77% of Georgia’s dunes are projected to face some level of erosion caused by Ian.

The most current forecast is always available on the USGS Coastal Change Hazards Portal. Real-time coastal change forecasts for individual locations along the coast are also available in the Total Water Level and Coastal Change Forecast Viewer.

The forecast of Ian’s coastal effects at landfall is based on results of the USGS Coastal Change Forecast model, which has been in use since 2011 and is continually being improved. The model starts with inputs from the NHC’s storm surge predictions and National Oceanic and Atmospheric Administration wave forecast models. It then adds detailed information about the expected landfall region’s beach slope and dune height. The predictions define “very likely” effects as those that have at least a 90% chance of taking place, based on the storm’s forecast track and intensity.

As the USGS continues to take all appropriate preparedness actions in response to Ian, those in the storm’s projected path can visit Ready.gov for tips on creating emergency plans and putting together an emergency supply kit.