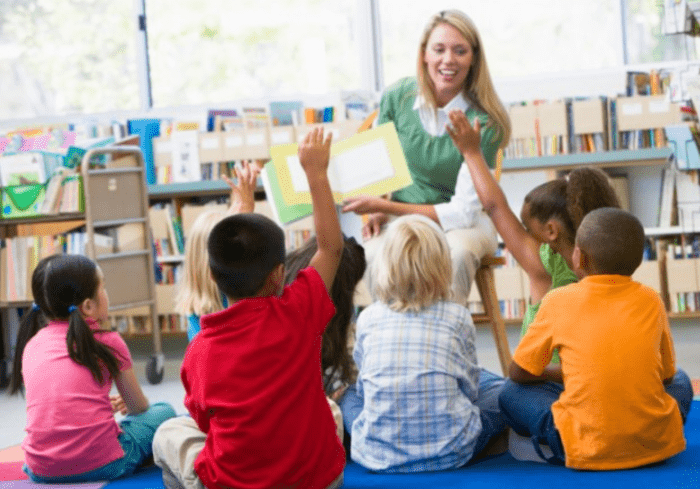 In 2020, One Grand Strand working with the City of Myrtle Beach announced plans to re-imagine the Myrtle Beach downtown area.

MyrtleBeachSC News praised the effort as Myrtle Beach’s first attempt at attracting younger families into the downtown area. However, as all private businesses know, if you are building a product, you must clearly define an ideal target audience for that product from the outset. A product without an audience always fails.

An ambitious timeline projects the entire downtown area will be completed around 2036.

We have not asked the council, but it would be curious to know the studies the city researched on this demographic. Our precursory study showed the following:

THEY ARE NOT MAJORITY WHITE.

This is not the class room of today’s America. We are unlikely to ever see images like these again.

A 2019 study published by the Brookings Institute found that for the first time, non-Hispanic white residents now make up less than half (49.9%) of the nation’s under age 15 population,  2018 U.S. Census Bureau estimates show.

Myrtle Beach must build a downtown for a racially diverse population.

As NPR reported in 2017,  a U.S. Department of Education study found 39 percent of students, first through 12th grade, are fatherless. So, just how many kids are fatherless? NPR asked that question to best-selling author Alan Blankstein. He stated that 24.7 million kids in the U.S. did not live with a biological father in 2017.

How does that affect their world-view?

A 2017 study found that children living in intact, nuclear families are about half as likely as children in step, blended, or one-parent families to have a mental disorder or need psychological help. See here.

In fact, studies show that the psychological effects and emotional strain of divorce even linger into adulthood. For instance, researchers at the University of Toronto found that men from families that divorced during their childhood were more than three times as likely to consider suicide than men whose parents never divorced. See Here

Likewise, adult children of divorce also may be vulnerable to drug and alcohol use in adolescence, have fears about commitment and divorce, and have negative memories of the legal system that forced custody and visitation.

Meanwhile, it’s important to point out that children also can fair better after a divorce—especially when the divorce removes them from a high-conflict situation. In fact, they may even show improvements in well-being. So, if they are living in a high conflict situation or one that involves abuse, in many cases, they may fare better after a divorce.

Their world view, however, will certainly be different than most of those who serve on city council. Planning a downtown with program resources and support for adults of divorced parents might be a wise consideration.

The number one Christmas gift for this demographic in 2020 was the PlayStation 5.

That is in addition to using digital gadgets for homework, the group reports in its five-year update on kids’ use of media.

“The fact that tween and teens in the U.S. are using an average of six to nine hours’ worth of media a day is still astounding,” the group says in its report.

“The sheer volume of media and technology that American kids spent time with is absolutely mind-boggling,” James Steyer, CEO and founder of the group, told NBC News.

The group surveyed 2,658 8- to 18-year-olds in February and March of 2020 for the report, which it says represents children across the nation.

“On any given day, American teenagers (13- to 18-year-olds) average about nine hours of entertainment media use, excluding time spent at school or for homework.

Tweens (8- to 12-year-olds) use an average of about six hours’ worth of entertainment media daily,” the report reads.

Most of this involves screen time – 4.5 hours for tweens and nearly seven hours for teens.

One worrying finding: kids are trying to multitask when they’re doing homework and schoolwork and the evidence is strong that this just doesn’t work, Steyer said.

“One of the most interesting findings in this landmark research study is the fact that two thirds of teens think that they can multitask while doing their homework and they’re wrong. They simply can’t,” Steyer said.

MORE THAN BRICK AND MORTAR

Building an ideal downtown is much more complicated that simply improving the quality of brick and mortar structures.

Perhaps city council should consider a tiered building concept phase. Certain phases of the city, that can be completed quickly, would be designed for Generation Z customers. Later development phases would then be designed for today’s 5th graders.

The arts an innovation district might suit the Gen Z phase well. However, studies (we have seen from this group) indicate these young adults will want a better quality of educational opportunities for their children than Myrtle Beach currently offers.

Should Myrtle Beach consider helping develop a virtual school “national network” for exceptional children? Those children could literally live anywhere. This would attract the brightest and best among Gen Z parents.

Once again, these are the kinds of solutions the private sector naturally considers before making such a huge investment as redeveloping an entire downtown.