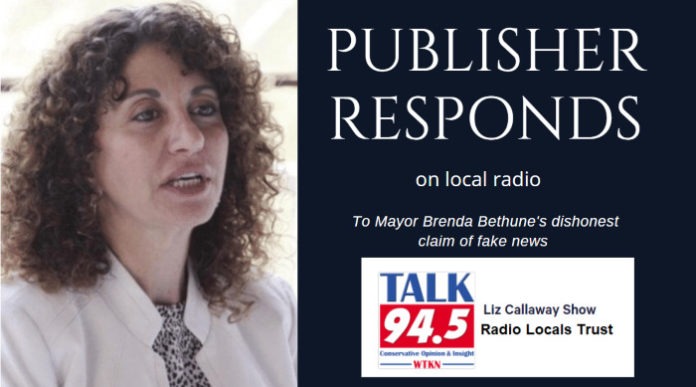 The Liz Callaway Show is among the most trusted radio programs in Myrtle Beach.

Mayor Brenda Bethune was invited to be on the show during the same broadcast. She was also invited to call in.

She refused both invitations.

Readers can hear the show segment on the clip above.

The global statements made by Mayor Brenda Bethune were dishonest and wrong.