Tuesday’s bacteria readings taken on 3rd Avenue South Oceanfront at Withers Swash by the S.C. Department of Health and Environmental control came in at 44 times unsafe for swimming. This after an April 17th test reading on 67th Avenue North oceanfront came in at 77 times unsafe. 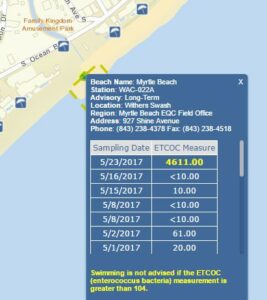 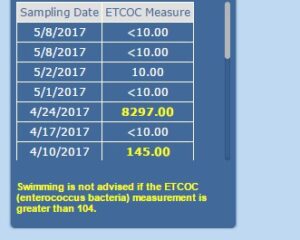 Over 53 test readings taken by the S.C. Department of Health and Environmental Control since May of 2016 have come in at from 1 to 77 times unsafe for public swimming.

EPA warnings from January 24, 2017 read:  The most common illnesses associated with swimming in water polluted by high bacteria are gastroenteritis and skin cellulitis. Gastroenteritis occurs in a variety of forms that can have one or more of the following symptoms: nausea, vomiting, stomachache, diarrhea, headache or fever. Skin cellulitis is a bacterial infection that often shows up as a rash. Cellulitis can spread rapidly. Cellulitis is a skin infection caused by staphylococcus or streptococcus bacteria and can require lengthy treatment for young children or people with diabetes or compromised immune systems.

In one article Brad Dean,  Myrtle Beach Area Chamber C.E.O. stated: “This misinformation has already impacted our tourism economy negatively,” according to Brad Dean, president of the MBACC. “We’re just simply trying to curb the negative impact and hopefully salvage some of what’s already been lost. We can’t afford to have people not coming here.”

This video was broadcast on a network of Chamber of Commerce subsidized corporate news stations as well that included:  Sinclair Broadcasting, Nexstar Media, and Raycom Media.

Myrtle Beach Area Chamber President Brad Dean said he would spend all taxpayer dollars necessary to get the word out. 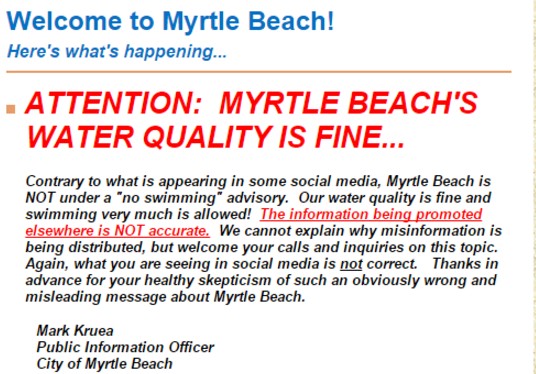 At a campaign rally the first week of April 2017,  City Councilman Randal Wallace said, “We have largely solved ocean water issues.”  MyrtleBeachSC.com was there to get those statements on camera. 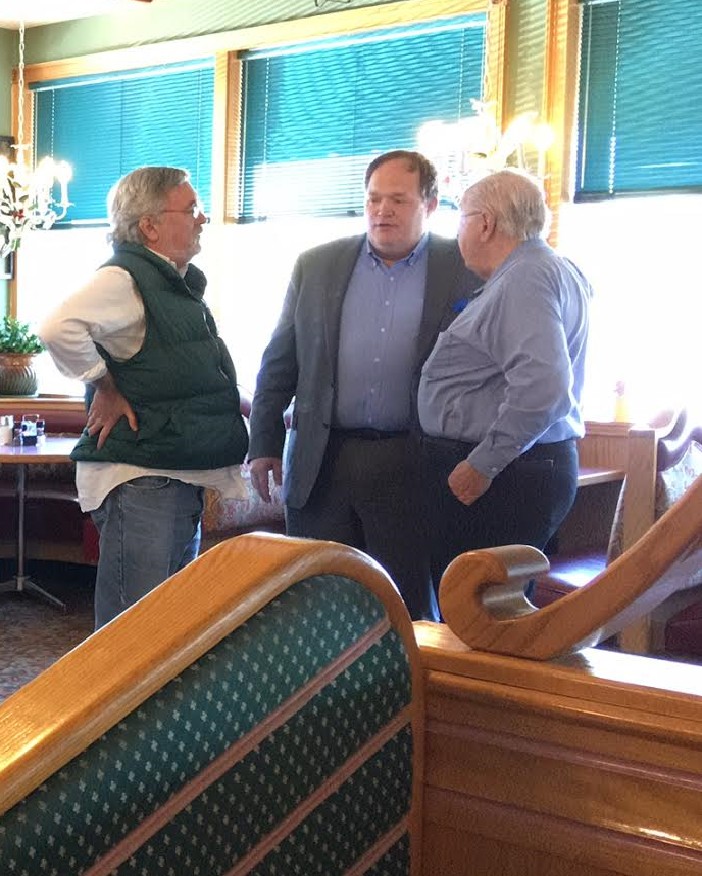 MyrtleBeachSC.com did report our findings last year to the FCC.  The FCC is the federal agency responsible for truth in advertising.  We never heard back from that agency.

The Myrtle Beach Area Chamber of Commerce has received over $176 million in tax dollars from visiting tourists to promote the Grand Strand since 2009.  Estimates have indicated that $200 million spent on beach bacteria runoff would have entirely eliminated the Myrtle Beach bacteria issues in the eight infected areas inside the city limits.  Had those tourist funded Chamber advertising funds been used for beach water repair,  88% of the problem would have by now been eliminated.

2016 tax returns produced by the Myrtle Beach Area Chamber of Commerce show that Brad Dean earned over $419,000 last year making him one of the highest paid managers in Myrtle Beach.  Tourists who commented on our news site throughout 2016 were curious as to why such a highly paid, high profile tourism leader would not put the health concerns of visitors first.  The Myrtle Beach Area Chamber has never once made public statements insisting that the local municipal government should be held accountable for fixing those eight infected areas.

The infected oceanfront areas can be found on this SCDHEC MAP.