The Myrtle Beach Area Chamber of Commerce has been sued by Karon Mitchell on behalf of city residents for sending millions of tourism tax dollars to crony companies created by former employees or inter-connected business concerns of MBACC.

The Myrtle Beach Area Chamber of Commerce’s lawyer, Henrietta Golding,  sent a request to the 15th circuit court stating, using the term crony “is a blatant attempt to cast the Plaintiff and various private persons and companies in a prejudicial and negative light, bordering on slander.”

A response was filed this past week by Karon Mitchell and Myrtle Beach city residents quoting the dictionaries’ definition of the word.  “According to Merriam-Webster, the definition of ‘crony’ is ‘a close friend, especially of long standing.’ ”

According to a record search on the South Carolina Secretary of State business listings, MBN Breakers, Inc. was established on June 28, 1971.  The business was founded by the late Clay Brittain II and Cecil Brandon.  Cecil Brandon is the father of Scott Brandon.  Clay Brittain II is the father of Matthew Brittain.  Matthew Brittain is the current registered agent for the company as listed by the Secretary of State here.   The Myrtle Beach National Company grew to own eight golf courses in the Myrtle Beach Area.  The Breakers Hotel also became a part of the organization, and later, a member of Brittain Resorts and Hotels. Much of the software used by Brittain Resort Hotels is a product of Intellistrand. 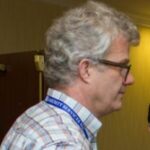 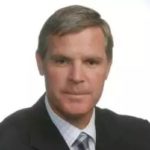 Clay Brittain II and Cecil Brandon were life-long business associates and best friends.  Scott Brandon and Matthew Brittain grew up alongside one another as friends.

Matthew Brittain’s cousin, Wayne Gray, helped create the language that became the homeowner-rebate portion of the law known as the Tourism Development Fee.  He was a Myrtle Beach City Councilman in 2009.  He was one of five who voted the Tourism Development Fee into law in 2009.  He also would receive $24,000 in sequentially numbered cashiers checks the local Sun News reported as handed out by Brad Dean, Myrtle Beach Area Chamber C.E.O., himself.

As the Myrtle Beach Area Chamber of Commerce’s lead PAC, the Grand Strand Business Alliance spends hundreds of thousands of dollars annually in support of Myrtle Beach Area Chamber friendly candidates.  One such candidate, S.C. Representative Tim McGinnis, was a front page news item in October 2017.  The confirmation of McGinnis’ PAC ad buy was made by Jackie Miller of  Miller Direct paying an overall bulk payment of $32,100.70 to Sinclair Broadcast Group, which included the McGinnis ad buy.   Miller Direct makes many ad buys throughout the year on behalf of the Myrtle Beach Chamber for out of area marketing paid for with revenue from the tourism development fee. As we reported at the time, the payment co-mingled TDF ad buys from the Myrtle Beach Area Chamber along with a PAC buy of $1,500 from the Grand Strand Business Alliance.  Miller Direct is also listed as a crony company by the Mitchell/Residents lawsuit.

Webster’s defines crony as  ‘a close friend, especially of long standing.’  Lawyers for Mitchell state in their complaint “If it walks like a crony and it talks like a crony, then it probably is a crony,”