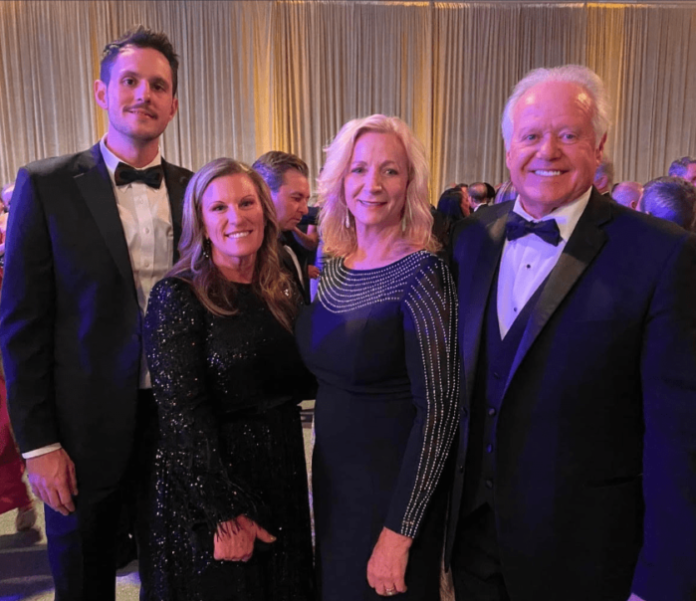 As some may remember shortly after the primary in June 2022, Horry County Council Chair candidate Katrina Morrison was arrested by Animal Control officer Thomas Roesch.

It is possible the public has been unaware that the arrest of Ms. Morrison was at the request of Animal Control.

This animal control officer obtained warrants out of Myrtle Beach for trespass and malicious damage to property occurring in Little River-the basis for these warrants seemingly unsupported by any evidence submitted to the court.

According to Ms. Morrison, she had explained to the officer prior to the issuance of the warrants, the purpose of the staged photo was to prove in kind contributions from Benji Hardee to both Jenna Dukes and Mark Lazarus.

These in-kind campaign contributions were not reported by either candidate and provided by A.O. Hardee and Son, a company which had already given both candidates the allowable maximum contribution of $1,000.00.

According to Ms. Morrison, prior to the jury trial she was offered a plea set forth by Attorney George Redman, attorney representing the victim- Benji Hardee/A.O. Hardee.

If she, Ms. Morrison, were to refrain from speaking publicly about George Redman in a negative manor (it was alleged Ms. Morrison may have called attorney Redman an “Asshole and a liar”) that the charges currently pending against her would be dropped.

Ms. Morrison also asserted that during a challenge to the re-zoning of Coquina Harbor attorney Redman intentionally made false statements regarding a consent order as was the case when fraudulent misuse of that document was made during the planning commission meeting May 6th 2021.

Ms. Morrison, feeling as if this would be an infringement on her 1st amendment right to free speech, declined the offer and proceeded to trial.

The jury trial ended in guilty verdicts on both counts.

It seems fair to ask, was this prosecution about criminal activity or was it about preventing a person from telling the truth?

A similar arrest occurred in 2021 where Dawne Dunton of Island Green was arrested for having trespassed while photographing what she believed to be extremally dangerous conditions in her neighborhood.

In this video the road and bridge collapsed after 3 inches of rain. Ms. Dunton posted this video on a public site. While Ms. Dunton’s charges were later dropped, her attorney entered an agreement on her behalf- a restraining order preventing her from walking in her own neighborhood. The street owned by Sunnyhanna Corporation/Robert(Bob) Williamsen was always a contentious issue for those in Island Green.

At the present, those trying to protect Island Green and making issue of the extremely dangerous conditions of the community are being denied access to the storm water documents of Horry County. A FOIA request denied recently under the auspice of “Copy Right”. It is the stance of Horry County at the present time that storm water plans for Island Green are private, “copy right protected” documents owned by Venture Engineering and G3 Engineering.

The video used to prosecute Ms. Dunton should have been evidence enough to show there were no “No Trespassing” signs and in fact her efforts were intended to protect the people in her community.

Similarly, in Ms. Morrison’s case she suggests that the issues of criminal intent were never met. The issues of “Notice”, meaning there were signs giving clear notice of private property, were not met. A flashing sign on highway 17, intended to warn of road construction, was being used for politics. As to damages to the sign, Ms. Morrison says there was no evidence of this either. She is appealing the courts decision.

It is and should be the right of the public to address issues and speak about them, especially when they effect others. After all, we do live in America.

Ms. Morrison has set up a GO FUND ME page to take on entrenched colluded powers in Horry County