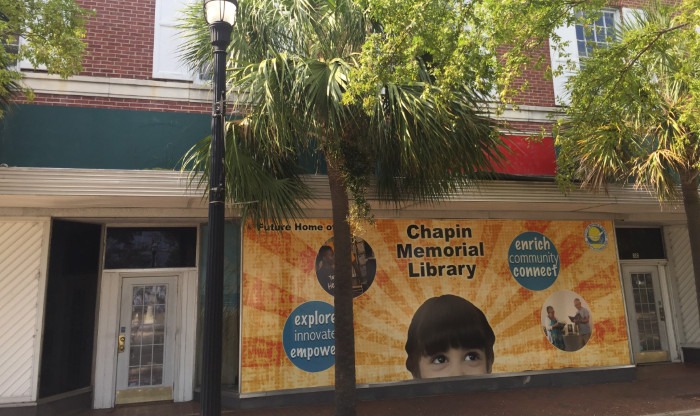 Federal court depositions continued today on the City of Myrtle Beach/Coastal Carolina University take over of the downtown SuperBlock.

Multiple former merchants filed lawsuits against the city claiming City Manager John Pedersen and the Downtown Redevelopment Corporation illegally forced those owners either into closing or surrendering ownership by way of plying the full force of city government against them.

Paulson is the owner of House Parts, which still operates in the SuperBlock. Paulson previously reported to MyrtleBeachSC News that DRC Head David Sebok called him into the DRC office, locking the door behind him. Sebok insisted Paulson could not leave until he agreed to sell his building to the DRC/City.

Paulson eventually was able to escape, fleeing the DRC office.

The City of Myrtle Beach purchased properties under (what merchants call) a “ruse” to put a library and a children’s museum onsite. Neither the museum nor the library will ever be located in the Superblock.

We have written previously about Coastal Carolina University’s CEF which is connected to several questionable tax funded land purchases. Read those articles here and here.

As WMBFnews reported in 2019: City council passed an agreement to continue to work with CCU on the project. This is not a legal document or lease, but Mayor Brenda Bethune said the performing arts center is vital to the city’s downtown master plan.

Back in November, the Downtown Redevelopment Corporation spent one million dollars on three buildings in the Superblock area that will become the theater.

The City of Myrtle Beach will become the landlord and be responsible for maintenance and repairs.

The city will be guaranteed 30 performances a year as long as they don’t conflict with CCU’s uses. CCU will pay $95,000 in rent after five years. [THE FIRST 5 YEARS OF THE LEASE ARE AT NO CHARGE TO CCU AND ARE FUNDED BY CITY TAX PAYERS]

Mayor Bethune said by visiting other cities they’ve learned the importance of getting college students downtown to revitalize the area.

“To say that we’re going to be able to establish an arts district not only helps our residents from every area from Market Common to Grand Dunes, but our visitors as well,” said Mayor Bethune.

The city itself maintains that the SuperBlock is one of the highest crime areas in Myrtle Beach. A shooting occurred downtown just last night at a nearby Cook Out where a Tabor City man was murdered.

NO CRIMINAL CHARGES FOR PEDERSEN

The civil case is being tried in Federal Court. No criminal charges have yet been filed against Myrtle Beach City Manager John Pedersen.

The Federal Deposition transcripts will be made public within a few weeks. MyrtleBeachSC News will make those transcripts available once they become public.