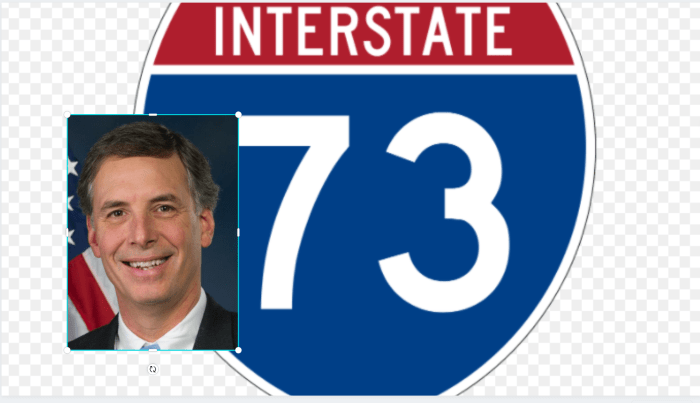 Rice’s Trump impeachment vote sets him up financially for life. Here is how.

When I-73 is built, Rice stands to gain mega millions. How?

For those who do not follow us regularly, we ran this story last August 17th.

We also told you he is connected to Business, Education, Government and Politics. Mr. Goodwin Jr. owns Riverstone Properties. He is a Virginia billionaire and rated the second most powerful man in Richmond, VA. He has a knack for buying $350 per acre Horry County swampland and later selling it to taxpayers for millions.

Today, our source highlights how connected Goodwin Jr is to U.S. Congressman Tom Rice. They each own Oceanfront land that dead ends in Little River just a few miles north of I-73.

When you look at Riverstone Properties’ land holdings, there is a large cluster down in Little River. Here, I’ll show you:

But he doesn’t own the whole thing. I wonder who else owns property down there?

I’ll just click on one of those parcels and do a new search.

Looks like somebody called the Coastal Education Foundation, Inc.

Let’s see how much they own down there.

Wow. Between Swampy and the CEF, they own just about everything down there, especially the land that borders the ocean.

There seem to be a few properties that are not owned by Swampy or CEF. Almost all are all owned by a family with the last name of Boyce.

The Coastal Education Foundation is a nonprofit founded in 1954. It is Coastal Carolina University.

On the Board of Directors sit some of the most powerful and influential people in Horry County, including a member of the Board of Directors for Burroughs & Chapin (Lawton Benton), the Director of the Horry County State Bank (Franklin Blanton), the owner of Waccamaw Land & Timber, Co. (Keith Hinson), the Co-Manager of Brittain Resorts & Hotels (Ann Brittain Lemay), a partner at Burr Forman (James B. Moore), and a professor named Merrill Boyce.

All of the above listed people serve on the Land Use Committee for CEF.

Did you catch it? I said the name Boyce. This one deserves a section all to his own.

It sure looks like Mr. Boyce and his family fill in the puzzle in Little River. Here is the map with properties owned by the Boyce family highlighted.

That just about covers the whole peninsula down in Little River.

There are just a few parcels that are not in the names of Ol’ Swampy, the CEF, or the Boyce clan.

Hunter’s Point, LLC was formed in 2006 by a lawyer in Charleston by the name of Robert Kunes. No principals were listed in the formation.

Looking at the deed history, it appears that a company called Little River Holding Company, Ltd. owned the property before the transfer to Hunter’s Point, LLC.

According to the deed, this transfer was done as a member contribution to the Hunter’s Point, LLC.

That means Little River Holding Company, Ltd. is still involved because it is a member of Hunter’s Point, LLC. I know it is confusing, but this is a trick to avoid paying transfer taxes.

This is exactly what Ol’ Swampy did with the GCREC transfers to Riverstone Properties II, LLC.

What the heck did all that mean?

It means that in all of these transactions, Ol’ Swampy never paid taxes on his transfers as a seller.

The big payoff to Riverstone Properties on the Legends, Buist and Congaree Tracts? All exempt because it was the government buying the property.

Ol’ Swampy got himself some good lawyers.

Is there a connection to Hunter’s Point. LLC?

Yep. Let’s look at Mink Island. It’s labeled in the map above. Mink Island is an excellent demonstration of the incestuous relationships intermingling in Little River.

Back in 1982, it was owned by Kitty Lou Tilghman and others.

It got moved into a trust, which listed Merrill Boyce as a trustee, and was eventually sold to the Coastal Educational Foundation along with all the other Little River properties owned by CEF, for a $500,000.00 in 1992.

Guess when Merrill Boyce was placed on the CEF Board of Directors?

1992.
So why does Merrill Boyce matter? Who is he connected to beyond the powerful folks on the CEF Board?

That takes a little more digging, but what you find is important.

The last piece of land in the Little River area is owned by First Island Company.

It is a piece of Bird Island (to the east of Mink Island) that borders North Carolina.

Mr. Boyce has a vita on the CEF website. In that vita, he lists his non-academic experience.

It says “managing partner” which necessarily implies he has at least one other partner in the business.

Who could it be?

The records are unclear, but there is a man that is most assuredly associated with First Island Company.

This man formed the LLC in 2002 (Merrill Boyce listed his address in California at that time) and remains the agent for service of process for First Island Company, LLC to this day.

Perhaps this guy was the managing partner before Merrill took over that role in 2012?

No way to really tell the extent of this guy’s involvement, but the dates might give us a clue.

You see, in 2012, this guy got a new job with a lot of scrutiny and forms to file with the government.

So maybe there was a reason Professor Boyce had to take a new leadership role in 2012.

We made it all the way to Washington, DC!

It is always most likely about the money folks. Usually it’s about other people’s money when politicians are involved.